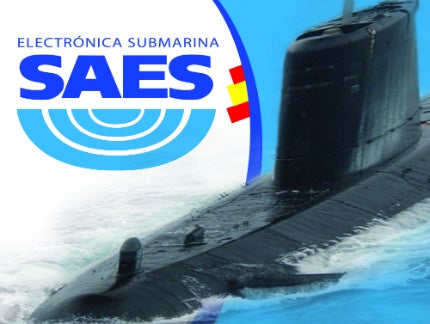 A significant number of products developed by SAES have dual applications in the civil and defence markets, such as intruder detection sonar.

Founded in 1989, SAES is classified as a strategic national company through NAVANTIA, INDRA and THALES its shareholders.

SAES specialises in the study, design and manufacture of sonar systems and underwater technology for security and defence.

Our systems offer high-reliability, easy operation and low-maintenance costs and include:

ASW systems are based on sonobuoys for Maritime patrol aircraft (MPA), helicopter and surface vessels.

Building on more than 25 years of expertise in acoustic processing, SAES has developed and manufactured a complete family of Sonobuoy Processing Acoustic Systems (SPAS) that covers both Air and Naval ASW operations.

SPAS is capable of processing up to 64 passive and active sonobuoys simultaneously, including the most advanced digital sonobuoys:

To support SPAS systems in ASW operations, SAES provides ground systems for post-mission analysis and training such as:

Always looking for new solutions, SAES has developed the ROASW – Remote Operation ASW System, a new concept that meets the new requirements of the ASW missions. Benefits include:

Prioritize the use of smaller and faster combat ships (LCS, OPC, Corvettes, FAC) able to share tactical and intelligence information.

In order to provide the navy and allied countries with the most advanced technology for electronics and underwater acoustics to meet new challenges in security and protection, SAES offer complete solutions in the following areas: