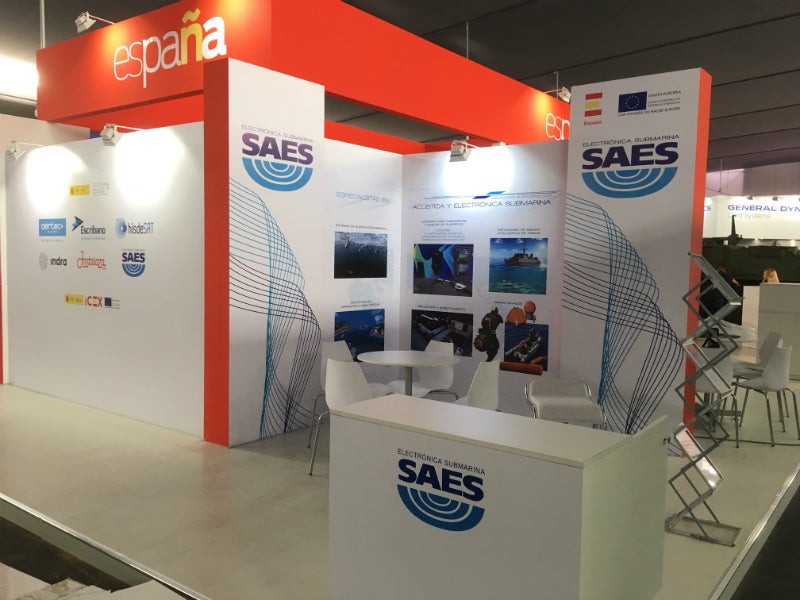 The company will exhibit with five other Spanish firms, and will be in the Spanish Pavilion at stand 219 in the Inka hall.

During the first day of the show, SAES is scheduled to run a conference entitled: "Technological Solutions for New ASW Challenges" aimed at the specialised attendees.

The company will discuss the changes in the operative concept of ASW missions due to the emergence of new naval and aerial platforms. It will also cover the new geopolitical scenarios, which make the naval forces involved in ASW missions move closer to the littoral zones.

As well as its discussion on the new challenges, SAES will talk about its wide experience with providing different types of ASW system platforms and will explain the convenience of using digital sonobuoys, as well as having advanced ASW systems capable of multi-static processing.

SAES has produced advanced ASW systems for all types of platforms (surface and air segment) and has more than 27 years of experience in other disciplines of underwater defense such as sonar and naval mine warfare.

SAES has been involved in important construction and modernisation programmes, while it has supplied several systems and products such as the Towed Array Sonar (SOLARSUB), the deployment/recovering system (TAHS), the classification system (SICLA) and the Performance-Prediction Sonar System (SEAPROF). The company has also provided its customers with own-noise monitoring systems (ONMS), Target Movement Analysis systems (TMA), Graphical User Interface of the sonars onboard, and Tactical Simulators.

SAES has collaborated in the development of the Integrated-Combat Systems through several tasks, including integration, development of control applications and the test and validation of both acoustic and non-acoustic systems.

The Spanish company is also experienced in MCM platforms, with its naval mines and range stations being two of the most important of its products.

SAES designs and manufactures the most advanced multi-influence naval mines (MINEA) on the market, while it also develops the Limpet Naval Mine for Special Forces (MILA).

SAES will be exhibiting its Multi-Influence Range Station (MIRS) during the conference.

The ASW solution uses an advanced portable system to obtain the complete signature of a ship and is used in several scenarios due to its portability. The MIRS can be used as a discrete device to gather Underwater Signature Intelligence Information or as a tool to verify real-time ship-signature levels (acoustic, magnetic and electrical) when vessels are leaving the base.

For more information, please contact the company via the enquiry form on this page.