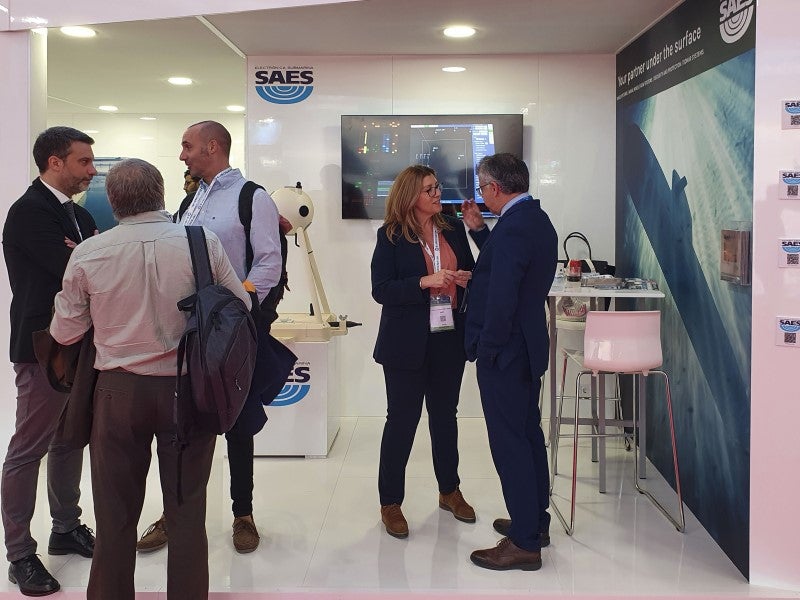 Euronaval 2022 is the world’s largest naval exhibition, and it takes place in Paris Le Bourget from 18th to 21st October 2022. It brings together the navies from many countries around the globe as well as the most important companies within the naval sector. SAES is an international leader in underwater acoustics and electronics, and it is taking part in Euronaval 2022 together with Navantia. There are 480 exhibitors and more than 140 official delegations.

SAES is presenting its capabilities in the following three areas: engineering and underwater technology systems; maritime security; and special operations.

SPAS is an acoustic sonobuoy processor for detecting, locating and tracking underwater threats from aerial platforms. It incorporates the most advanced acoustic processing techniques for all types of passive and active sonobuoys, implemented both analogically and digitally. The SPAS is fully operational in different countries and different platforms such, as the P-3B Orion or the C-295 aircraft.

SAES has more than 30 years of experience in the naval sector, developing smart naval mines such as the MINEA (equipped with multiple sensors) and naval mines for special forces. MINEA is a modern system with high detection and multi-influence signature processing capabilities.

MINEA naval mines are the most advanced smart marine mines manufactured today. They are intended for training minesweeper crews to provide deeper insight into mine hunting and neutralisation techniques.

SAES technology is being used by naval forces and navies around the world, including platforms used in naval warfare, such as minesweepers, frigates, submarines, maritime patrol aircraft, ASW helicopters and UXV vehicles.