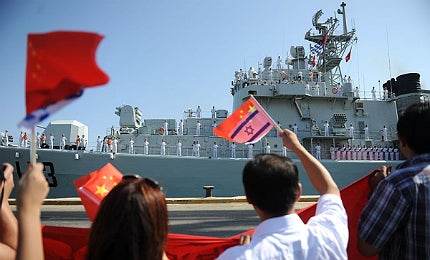 Seven of eight boilers within the propulsion machinery were found to have suffered technical issues during the trials, restricting the carrier from reaching its maximum speed.

The boilers were designed using low-quality firebrick in place of asbestos to protect from heat, after concerns were raised that the material was too dangerous for the crew.

The section, also known as Upper Block 07, includes the main bridge and around 100 of the carrier’s vital mission systems and compartments.

Prior to shipping, BAE tested the block to ensure it is weather-proof and it cleared a UK Ministry of Defence audit to approve all the block’s compartments.

The block is due to be lifted onto the carrier in March, with installation of the long-range radar on top of the Forward Island to follow.

The US Navy and Department of Defence lifted the temporary restriction on flight operations involving the Lockheed Martin-built F-35B variant aircraft following a fueldraulic hose failure.

An investigation performed by the government, Pratt & Whitney and Rolls Royce engineering teams discovered the root cause of the failure to be an improperly crimped hose.

In a statement, US F-35 Joint Program Office spokesman Joe DellaVedova said: "All affected hoses have been inspected, and those out of tolerances will be replaced."

Flight clearance for the fleet of 25 F-35B model jets was received, following completion of fault house replacement by airworthiness authorities at Naval Air Systems Command and the F-35 JPO.

Three test flights were conducted as part of an ongoing qualification test programme, with a GPS-guided projectile validating its ability to achieve accurate target hits.

The rocket-assisted, gun-launched system also demonstrated its range, accuracy and objectives in various conditions, such as hot, ambient and cold temperatures, in addition to achieving all relevant requirements, during the tests.

Expected to achieve initial operational capability in 2016, the 155-mm LRLAP live-fire testing is scheduled to be complete by the fourth quarter of 2013.

The Chinese People’s Liberation Army Navy received its first Type 059 Jiangdao-Class corvette, boosting the nation’s naval capabilities at a time when tensions in the East China Sea are high.

The corvette has been launched as part of the ongoing modernisation programme, and the first vessel will be deployed to patrol and escort ships during missions in the contested South and East China Seas.

Tensions with Japan continue to escalate over the contested ownership of the Senkaku Islands, with Japan alleging to have purchased them legally from a Japanese individual last year.

The Naval Vessels and Surface Combatants Market in China to 2024: Market Brief

The Naval Vessels and Surface Combatants Market in China to 2025: Market Brief

The Global Submarine and MRO Market in China to 2025: Market Brief

Future of the Chinese Defense Industry - Market Attractiveness, Competitive Landscape and Forecasts to 2023