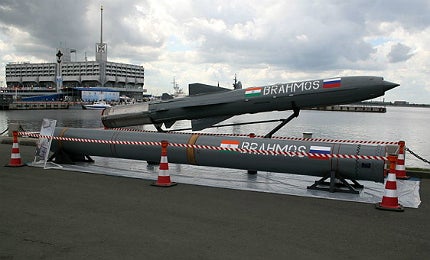 The Russian Navy placed its first Borey-Class ballistic missile nuclear submarine, the Yury Dolgoruky, into operational service. Construction of the submarine cost a total of $713m.

Powered by an OK-650 nuclear reactor, AEU steam turbine, a shaft and propeller, the Sevmash shipyard-built Yury Dolgoruky submarine has a hull diameter of 13m, a depth of 450m and can cruise at a speed of 29k, while accommodating a crew of 107.

The 170m-long submarine is capable of carrying up to 16 ballistic missiles and torpedoes, including the Bulava (SS-NX-30) sea-based submarine-launched weapon.

The Chinese Navy continued to strengthen its naval presence in the disputed Spratlys Islands, located in the West Philippine Sea, with territorial disputes in the Asia Pacific region escalating further.

China has deployed six combat ships across almost the entire West Philippine Sea, an area also being claimed by the Philippines, Taiwan, Malaysia, Vietnam and Brunei.

In order to support The People’s Liberation Army (Pla) naval operations in the South China Sea, China has also deployed a number of modern frigates in the island province of Hainan and in mainland Guangzhou.

The Indian Ministry of Defence conducted the 34th test firing of the naval equivalent of its Brahmos supersonic missile, launching from a warship located in the Bay of Bengal, India.

The missile was developed by BrahMos Aerospace, a joint venture between India’s Defence Research and Development Organisation (DRDO) and NPO Mashinostroeyenia of Russia.

BrahMos Aerospace CEO A Sivathanu Pillai was quoted by Press Trust Of India as saying that the missile was launched in a ‘double-manoeuvre in S-form’ to hit a designated target ship located just one metre above the water surface.

DARPA invited proposals for its Upward Falling Payloads programme, which is intended to support the US Navy in the development of unmanned, distributed systems that can be deployed to hibernate in deep-sea capsules for extended periods of time, before being recalled to the surface to offer operational support when required.

The programme development is centred on three main areas that include communications, deep ocean ‘risers’ that contain the payloads and the actual payloads.

The aircraft has continued to make steady progress towards its operational service, and in December 2012, the US Navy’s CV-2 aircraft successfully completed initial pit drop testing, marking the successful conclusion of ground weapons ejection test series for the variant.

Russia delivered the fifth upgraded Kilo-Class submarine, INS Sindhurakshak, to the Indian Navy following the completion of its modernisation programme.

Russia’s Zvezdochka shipyard was awarded a contract to upgrade the fifth Kilo-Class diesel-electric submarine in June 2010.

Upgrades to the submarine include the installation of 3M54E1 anti-ship and 3M14E land attack cruise missiles as part of the Klub-S missile system, as well as the Ushus hydro-acoustic (sonar) system and CSS-MK-2 radio communications system.

In addition, the submarine has been upgraded with a modified cooling system, a Porpoise radio-locater fitted and other refits to enhance military capacity and safety of the boat.