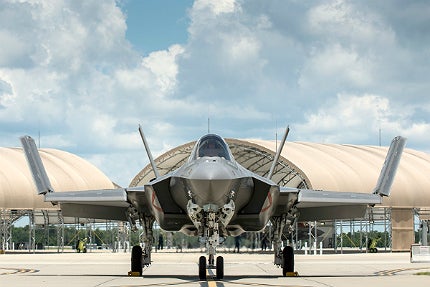 Delivery follows a contract previously awarded to the company to supply a total of four AQS-24A airborne mine hunting systems in support of the JMSDF’s new MCH-101 helicopter platform.

The Russian Navy has rolled out the stern of first Mistral-Class amphibious assault ship Vladivostok following its completion, according to a Russian shipyard.

In June 2011, Russia and France signed a $1.2bn contract for two French-built Mistral-Class amphibious assault ships for the Russian Navy and for the sensitive technology transfer, according to RIA Novosti.

As part of an intergovernmental agreement, Russia will also procure two additional Mistral-Class ships, which will be built 80% in Russia and 20% in France.

Under the contract, OSI will supply six INTS, in addition to electronic chart precise integrated system (ECPINS) warship (W) and Warship-AIS (W-ASI), which has been designed specifically for naval operations.

The INTS is a fully scalable tactical navigation solution and has been designed to meet the requirements of the most demanding military environments, from vessels to large offshore ships.

The Indian Ministry of Defence (MoD) has floated tenders for the purchase of surface surveillance radars (SSR) from domestic companies.

A total of 31 SSRS and one SSR training simulator are scheduled to be acquired by the ministry at a cost of more than $300m, as part of the government’s programme aimed at meeting the Indian Navy’s operational requirements, according to Defense News.

As part of the tender, the Indian firms have partnered with foreign companies to procure technology needed for the competition.

The Australian Ministry of Defence (MoD) has selected three contract bidders for the Project Air 9000 Phase 7 helicopter aircrew training system (Hats), marking the beginning of second phase of the competition.

Australian Aerospace, Boeing Defense Australia and Raytheon Australia have been shortlisted from the responses to the HATS request for tender issued in early 2012, defence minister Stephen Smith and defence materiel minister Dr Mike Kelly said in a joint statement.

The programme is aimed to provide new joint HATS for the Royal Australian Navy (RAN), which will be deployed at Nowra, New South Wales, Australia.

The Iranian Navy has re-launched its newly modernised ship, Bayandor, in the southern port of Bandar Abbas, aimed at boosting the nation’s ability to protect and maintain security in regional and international waters.

Fars News Agency cited Iranian Army commander major general Ataollah Salehi as a saying that the upgraded vessel would be deployed in the high seas and free waters to leverage the Iranian Navy’s capabilities.

Upgrades to the vessel include optimising the monitoring control systems and overhauling the main engines, heat exchangers and fuel and oil systems.

Russia delivered advanced anti-ship and air missiles to Syria as violence in the country continued to flare, while South Korea will seek 20 new maritime patrol aircraft to keep an eye on North Korean rocket launches.

The Global Submarine and MRO Market in Australia to 2025: Market Brief

The Armored and Counter IED Vehicles Market in Australia to 2024: Market Brief

The Artillery and Systems Market in Australia to 2025: Market Brief

The Body Armor and Personal Protection Market in Australia to 2024: Market Brief

The Maritime and Border Security Market in Australia to 2024: Market Brief