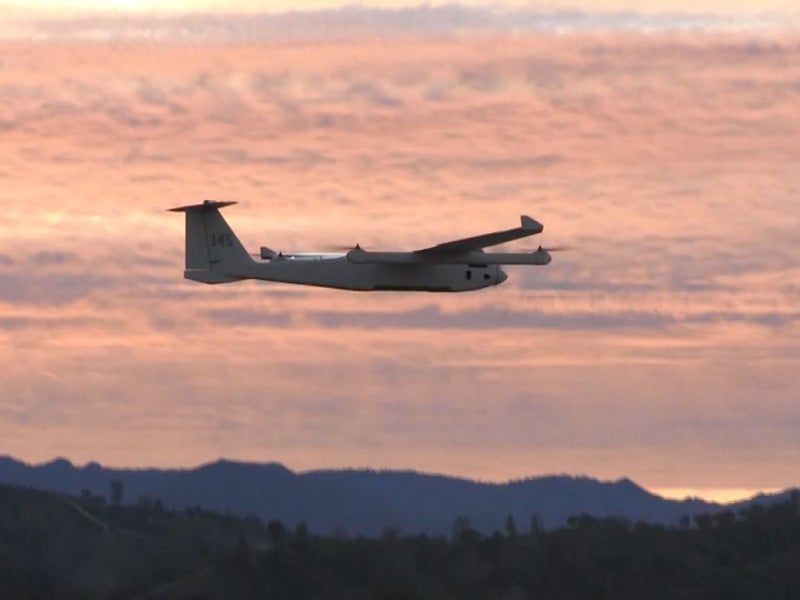 JUMP 20 is a vertical take-off and landing (VTOL) variant of the T-20, fixed-wing, tactical unmanned aerial vehicle (UAV), which is designed and manufactured primarily for the US Navy by Arcturus UAV, a company based in the US.

The UAV is intended for use by the naval forces for intelligence, surveillance, reconnaissance, and search-and-rescue missions. It was unveiled in April 2014 and underwent several test flights in January 2015.

The Mexican Navy has deployed the JUMP 20 for unstated missions over Mexico in May 2016, approximately two months after the UAV was acquired by the Navy.

It has also been proposed for the USSOCOM’s MEUAS III UAS services contract, while its heavy fuel variant has been offered for the Australian Navy’s Tactical Unmanned Aircraft Programme.

Design and features of the VTOL unmanned aerial vehicle

The UAV has a length of 2.8m, wing span of 5.6m and maximum take-off weight of 95.2kg. Payloads weighing 27.2kg are carried in the payload bay located in the central part of the fuselage.

The tactical drone can be operated by two crew members from the ground control station.

The standard payload options are Cloud Cap Technology’s TASE series gyro-stabilised, gimballed electro-optical / infrared (EO/IR) imaging systems such as TASE400, TASE400HD, TASE400DXR, and TASE400LRS. The EO / IR cameras provide imagery and video data and target tracking in real-time, both during the day and at night.

A Piccolo autopilot provides a fully-autonomous flight using a flight control processor and onboard sensors.

The payload data is displayed on computer screens at the portable ground control station, enabling the operator to provide command and control to the UAV through the data link.

The VTOL UAV uses a four-stroke EFI 190cc petrol engine and four electric motors, each of which is placed in a rotor boom.

“The UAV is intended for use by the naval forces for intelligence, surveillance, reconnaissance, and search-and-rescue missions.”

The electric motors power the vertically-mounted rotors during take-off and landing, whereas the 190cc engine, driving a nose-mounted two-blade propeller, provides translational power. The engine has a time between overhaul (TBO) of 500 hours.

The JUMP 20 tactical drone can fly at a maximum speed of 72kts and has a service ceiling of 4,572m. It can transmit data across a range of up to 125km. It can stay in the air for nine to 16 hours depending on the mission needs.

Latitude Engineering supplied Hybrid Quadrotor technology to provide VTOL capability and to eliminate the need for a runway.

This project forms part of our recent analysis and forecasts of the global unmanned aerial vehicles (UAV) market available from our business information platform Strategic Defence Intelligence. For more information click here or contact us: EMEA: +44 20 7936 6783; Americas: +1 415 439 4914; Asia Pacific: +61 2 9947 9709 or via email.

USS Abraham Lincoln (CVN 72) is the fifth vessel of the Nimitz-Class nuclear-powered aircraft carriers. The vessel is homeported in Norfolk,…