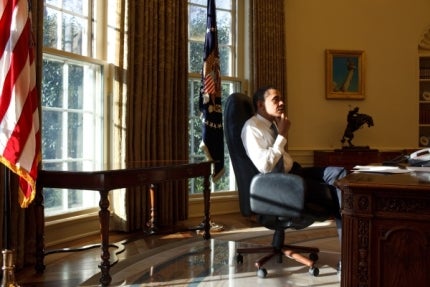 As the dust settles on Barack Obama’s surprisingly comprehensive election victory, his vaunted foreign policies must now be enacted. While often labelled as the Pacific President, it is his handling of diplomacy in the Middle East that has and will continue to define his presidency.

Throughout the election campaign, an issue repeatedly referenced by Republican candidate Mitt Romney was Obama’s stance on Israel. As a key ally in the region, both Obama and Romney have pledged to defend the nation’s security.

Knowing that the likelihood of support in a strategic strike on Iran increased under a Republican ticket, Israeli President Benjamin Netanyahu broke with tradition and publicly backed Mitt Romney. Netanyahu congratulated Obama on Wednesday morning before pledging to continue to work alongside him to "ensure the interests that are vital for the security of Israel’s citizens", the awkwardness of such a statement patently palpable.

Israeli relations have become intrinsically linked with the handling of Iranian belligerence in recent years, a veritable war of words between the two nations serving as a precursor to any militaristic action.

"Economic sanctions sponsored by the US and placed upon Iran do, however, appear to be making ground."

Netanyahu’s election campaign, which climaxes in January, has been building on his repeated insistence that Israel is ready to go it alone, should international sanctions fail to inhibit Iran’s nuclear programme.

Economic sanctions sponsored by the US and placed upon Iran do, however, appear to be making ground. The Iranian rial continues to plummet, creating divisions within Iran’s ruling party to such an extent that Supreme Leader Ali Khamenei has called upon President Ahmadinejad to explain his economic decisions. Obama’s repeated inference that diplomacy be given time to work is bearing fruit.

What Obama’s policy doesn’t account for is the sheer bloody mindedness of Iran’s theocracy. As protestors circle Tehran, the nation’s nuclear installations remain out of reach of United Nations investigators.

International Atomic Energy Agency officials expressed serious concern in September that the production of enrich uranium within the nation exceeded expectations. The state remains uncooperative, fuelling fears in the region and, in turn, the popularity of hard-line policies featured within Netanyahu’s candidacy.

Fear and fervour within the region is warranted. Iran’s Shahab series of missiles, comprised of short-range ballistic missiles Shahab-1 and 2 and the medium-range equivalent Shahab-3, are capable of striking a number of countries within the region who maintain a relationship with the United States.

"As protestors circle Tehran, the nation’s nuclear installations remain out of reach of United Nations investigators."

The US is not resting on its laurels. Through its Foreign Military Sales programme, technology is being mobilised and given to nations within the firing line to protect themselves. The creation of a two-tier ballistic missile detection system within the region, comprising of the US-designed THAAD and PAC-3 missile systems, promises to deflect an Iranian attack should the worst case scenario be realised.

Wary of Iran’s possible capabilities, the US has stepped up its efforts in recent months. The United Arab Emirates became the first GCC country to purchase THAAD systems in December 2011, unveiling a $3.34bn deal. 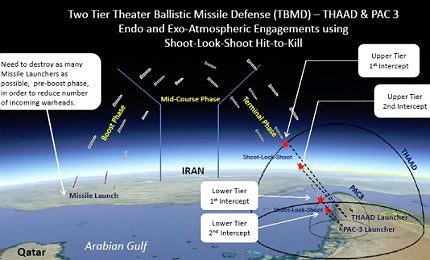 A $4.2bn deal was struck with Kuwait seven months later in July 2012, under which the nation will acquire 60 PAC-3 missiles, 20 launch platforms and four radars.

Saudi Arabia, sitting firmly in the Shahab-3’s attack range, initiated a $1.7bn upgrade of its Patriot missile systems in 2011.

"Obama’s repeated inference that diplomacy be given time to work is bearing fruit."

With 2011’s Arab Spring having destabilised politics within the surrounding region, the US can ill afford to lose a much-needed ally within the region.

Despite Obama’s insistence on a peaceful collaboration regarding the ever-controversial issue of Palestine, the US can arguably not afford to risk implicating its long-standing relationship with Israel.

While the rather daunting prospect of resolving America’s economic crisis rightfully remains at the top of Obama’s burgeoning to-do list, his foreign policy initiatives regarding Israel and Iran certainly have the potential to whip the red carpet from under the President’s feet. Any escalation will certainly require intervention, an act that the nation could well do without; both politically and economically.

Under President Barack Obama’s current plans, $487bn has already been trimmed from the Pentagon‘s budget as the US struggles to maintain control over an economic crisis that has crippled public spending.

The US Navy’s electromagnetic railgun programme has a chequered history of scientific breakthrough and budget busting.