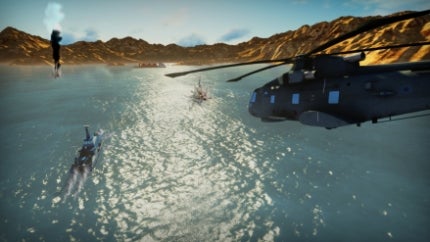 IBR Sistemi was established in 1998 as a software house specialising in virtual reality in the marine simulation sector.

IBR provides expertise in fast and high manoeuvring boats simulation, and has developed its knowledge in this sector thanks to cooperation with navies, research institutes, shipyards and on-board systems manufacturers.

JTTS is a cost-effective networked agile solution. The JTTS can assist with:

JTTS simulates interaction between different kind of forces (real or simulated), in order to train officers in the planning, controlling and execution of wide-area operations with sea, ground and air forces.

The new warfare simulation module integrates different modular combat systems for all weather conditions, in both day and night.

The warfare simulation module allows access to a number of tactical scenarios and platforms, with a range of several weapons, countermeasures and sensors.

The system simulates potential combat scenarios and can be used for parallel, competitive or cooperative training.

Simulator boards are available for both digital and analogue real devices.

The RadSim software module reproduces the graphical user interfaces (GUI) and functionalities of most radars.

Services are mainly finalised to support customers development team to integrate in their projects our techniques and products.

IBR provides the design, delivery and support of advanced systems and devices such as 3D stereoscopic displays, cylindrical projections and sensors.

IBR Sistemi is pleased to announce that its JTTS simulation system will be employed in...

The MBDA Simulation team and IBR Sistemi have worked together to develop a high-end innovative simulator to train teams in complex defence missions in littoral scenarios.