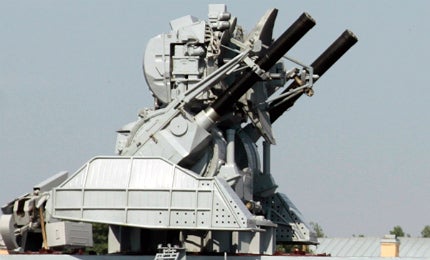 The first corvette in its class, Steregushchy, was laid in December 2001 and launched in May 2006. It began sea trials in November 2006, for commissioning into the Baltic fleet in November 2007.

The second ship in class, Soobrazitelny, was laid in May 2003 and launched in March 2010. It was delivered to the Russian Navy in July 2011.

Steregushchy Class was designed by the Almaz Central Marine Design Bureau. The corvette incorporates a steel hull, composite superstructure and a bulbous bow. The hull is divided into nine watertight subdivisions.

The stealthy design significantly reduces the radar signature of the ship. The acoustic, infra-red, magnetic and visual signatures were also reduced by incorporating the stealth technology in the construction of the warship.

Steregushchy Class has an overall length of 105m, width of 13m and draft of 3.7m. Full load displacement of the ship is 2,100t. The vessel can sail at a maximum speed of 27kt. It can complement 100 personnel, including helicopter maintenance crew.

The Steregushchy Class features Sigma combat information management system. The system collects information from the radars and sensors and provides real-time situational awareness. It also allows the ship to exchange intelligence information with other naval units in the battle-group.

The Steregushchy Class is armed with a combination of missile systems, including Kh-35 missiles and 3M-54 Klub missiles. Two Kashtan anti-aircraft systems on-board provide close-in air defence against anti-ship missiles, aircraft and small surface targets. Beginning from Soobrazitelny, the new ships in class are being armed with the REDUT-K SAM system, in place of Kashtan system.

The AK-630M can fire up to 5,000 rounds a minute for a maximum range of 5,000m. Steregushchy is fitted with two quadruple torpedo tubes for Paket-E/NK antitorpedo missile.

Steregushchy Class has a stern helicopter deck and hangar, to support the operations of a Ka-27 helicopter for use in reconnaissance and anti-submarine missions.

Countermeasures and propulsion of the Russian Naval vessels

"Steregushchy Class is armed with a combination of missile systems, including Kh-35 missiles and 3M-54 Klub missiles."

The engines are installed on damped platforms and the diesel gen sets are hooked to the second deck to achieve noise abatement.

The propulsion system provides a maximum speed of 27kt and a cruising range of 4,000mi at 14kt speeds. Steregushchy Class has an endurance of 15 days.

Admiral Gorshkov Class frigates (project 22350) are being built by Severnaya Verf OJSC for the Russian Navy.

Victory Class missile corvettes are in service with the Republic of Singapore Navy (RSN).

ULAQ is the first indigenous armed unmanned surface vessel (AUSV) developed in Turkey. It is being offered by Ares Shipyard…

19 Feb 2021
Registration is disabled.
We use cookies to ensure that we give you the best experience on our website. If you continue to use this site we will assume that you are happy with it.ContinueLearn more