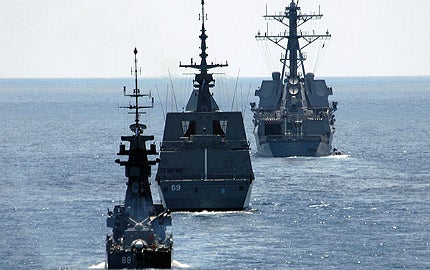 The RSN placed an order with Lürssen Werft for six missile corvettes in 1983. The first corvette was built and launched in Germany.

The life extension programme for the Victory Class was announced in 2009. The missile corvettes are being upgraded with modern capabilities, to meet the present and future requirements of the RSN.

The corvettes are being fitted with an upgraded combat management system, sensors, UAV handling system and weapon systems. The upgraded RSS Valiant fired its Barak missile during live-firing exercise in August 2011. Three of the six missile corvettes were upgraded by 2012.

It provides the corvettes with the ability to detect, track and engage various surface, underwater and air threats. These capabilities will allow the corvettes to deal with potential threats.

The missile corvettes are equipped with Harpoon anti-ship missiles and Barak anti-air and anti-missile naval defence system. Harpoon can engage surface targets within the range of 100km.

It can protect the ships from aircraft and missile threats. The missile has a range of ten kilometres.

The main gun fitted on the bow deck is the Oto Melara super rapid gun. It can engage both surface and air targets within the range of 16km. The gun can fire at a rate of 120 rounds a minute.

The corvettes are fitted with two triple torpedo tubes for launching EuroTorp A244/S Mod 1 torpedoes. The torpedo has a maximum speed of 30-39kt and can strike submarines within the depth of 600m.

Sensors / radars of the RSN corvettes

The Victory Class lacks flight deck and hangar facilities to support rotorcraft operations. The vessels are, however, modified to launch and operate an unmanned aerial vehicle (UAV). The RSN acquired the Scan Eagle UAV system as part of the upgrade programme.

The Victory Class is powered by four MTU 16V 538 TB93 high-speed diesel engines driving four propellers via four shafts. The propulsion system provides a maximum speed of 30kt and a range of 4,000nmi.

The Archer Class is an upgrade of Västergötland Class diesel-electric submarines which were originally developed for the Swedish Navy.

Six Formidable Class multi-mission frigates have been built for the Singapore Navy.

The Pohang is a class of patrol combat corvette (PCC) of the Republic of Korea Navy (ROKN). A total of…

Naval Station Norfolk is located in the Sewell’s Point area of the City of Norfolk. It is a major base…

04 Jan 2021
Registration is disabled.
We use cookies to ensure that we give you the best experience on our website. If you continue to use this site we will assume that you are happy with it.ContinueLearn more