Expand
BrahMos is a supersonic cruise missile developed by BrahMos Aerospace, a collaboration between Russia and India.
The frigates will carry Ka-26/27 series helicopters.
The Admiral Gorshkov Class frigates (project 22350) are being built by Severnaya Verf OJSC for the Russian Navy.

Admiral Gorshkov Class frigates (project 22350) are being built by Severnaya Verf OJSC for the Russian Navy. The new multirole, long-range frigates can be deployed in anti-submarine warfare and escort operations.

"The frigate is the first long-range maritime surface vessel being built for the Russian Navy in 15 years."

In October 2005 the Russian MoD placed an order with Severnaya Verf for the construction of the lead frigate, Admiral Sergei Gorshkov. It was named after the commander-in-chief of the Soviet Navy. The frigate is the first long-range maritime surface vessel being built for the Russian Navy in 15 years.

The keel of the Admiral Sergei Gorshkov, the first of the two frigates being built, was laid in Severnaya Verf Shipyard in St Petersburg in February 2006. It was floated out of the launch dock in October 2010.

The vessel is scheduled to join the Russian Navy in November 2013. Construction of the second frigate, Admiral Kasatonov, began in November 2009. The vessel is expected to be delivered by 2014. The keel for the third ship, Admiral Golovko, was laid in February 2012.

The Russian Navy intends to build 20 vessels of the Gorshkov Class. Six frigates are to be delivered by 2020. The new ships will serve the Baltic, Black Sea, Northern and Pacific fleets.

Design of the Russian Navy’s frigates

In July 2003 Russian Naval Command approved the basic design of the frigate. It was developed by FSUE Severnoye PKB (Northern Design and Development Bureau) in St Petersburg. The design is based on the Talwar / Krivak IV Class frigate developed by Russia for India and incorporates stealth technology.

Gorshkov Class frigates are designed to operate in multithreat environments and are equipped with long-range surface-to-surface and surface-to-air missiles, which can attack multiple targets simultaneously.

The frigates have an overall length of 130m, a beam of 16m and a draft of 16m. They have operational ranges of more than 4,000 miles and a displacement of 4,500t. The maximum speed of the vessels is 30kt. They can accommodate about 200 crew members.

Weapons and armaments of the multirole long-range frigates

"The Russian Navy intends to build 20 vessels of the Gorshkov Class. Six frigates are to be delivered by 2020."

Other weapon systems include a Medvedka-2 ASW (anti-submarine warfare) system and a Hurricane medium-range surface-to-air defence missile system. The vessels can also be fitted with 21in torpedo tubes to carry torpedoes.

Gorshkov is the only Russian combat ship to be equipped with BrahMos missiles. BrahMos is a supersonic cruise missile developed by the BrahMos Aerospace, a collaboration between Russia and India.

The missile has a range of 180 miles (290km) and is capable of carrying a conventional warhead of up to 660lb.

Ground and sea targets can be successfully hit by the missile while travelling at an altitude as low as ten metres (30ft) and at a speed of Mach 2.8, three times faster than the US-made subsonic Tomahawk cruise missile. The Russian Navy plans to equip the ship with six BrahMos missiles.

Propulsion and power of the Admiral Gorshkov Class vessels 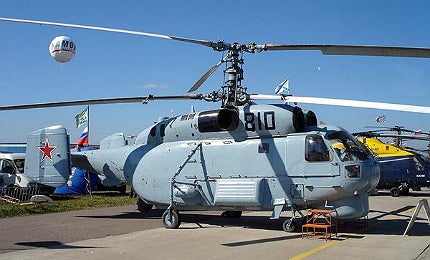 The Gorshkov Class features an aft flight deck and hangar to carry advanced Ka-26/27 helicopters. The helicopters are fitted with radar systems which detect and track submarines.

Yury Dolgoruky is a new-generation nuclear-powered ballistic missile submarine which was built by Sevmash shipyard for the Russian Navy.

Project 11661 Gepard Class light frigates were developed and built by Zelenodolsk Shipyard for the export market.