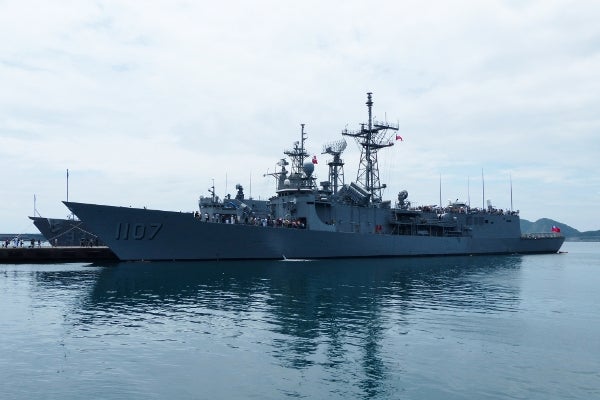 The Cheng Kung Class Patrol Frigate, Guided Missile (PFG-2) is in service with the Republic of China (Taiwan) Navy (ROCN). The PFG-2 is based on the Oliver Hazard Perry Class of the US Navy. Eight PFG-2 frigates were commissioned into the ROCN between 1993 and 2004.

The PFG-2 frigates were licensed-built in Taiwan by China Shipbuilding Corporation (CSBC) under a $5bn programme managed by the Ministry of National Defence. Bath Iron Works provided the engineering assistance for the ship-building programme.

“The Mk 13 missile launcher aboard the vessels can fire up to 40 SM-1MR missiles.”

The Cheng Kung Class can support the operations of two S-70C-M helicopters. The flight deck features landing spot and hangar facilities for embarked helicopters. The S-70C-M aboard the vessels are equipped with anti-submarine equipment to conduct ASW missions.

The helicopters can also be deployed in search and rescue (SAR) vertical replenishment (VERTREP), and medical evacuation (MEDEVAC) missions.

The Type 053H3 or Jiangwei-II (NATO codename) is a multi-role frigate operated by the People’s Liberation Army Navy (PLAN).