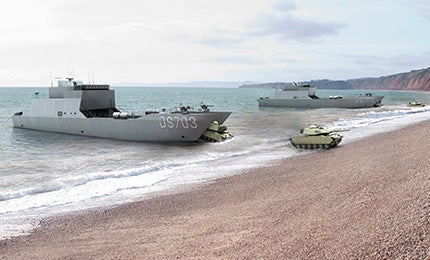 BMT’s Caimen landing craft series of designs provides customisable solutions that can be adapted to suit the requirements of military and security forces internationally.

The Caimen-60 ensures rapid transit and delivery of vehicles, equipment and troops from a host ship to the shore and vice versa by combining the best of current LCM design and technology with the revolutionary BMT tri-bow hullform