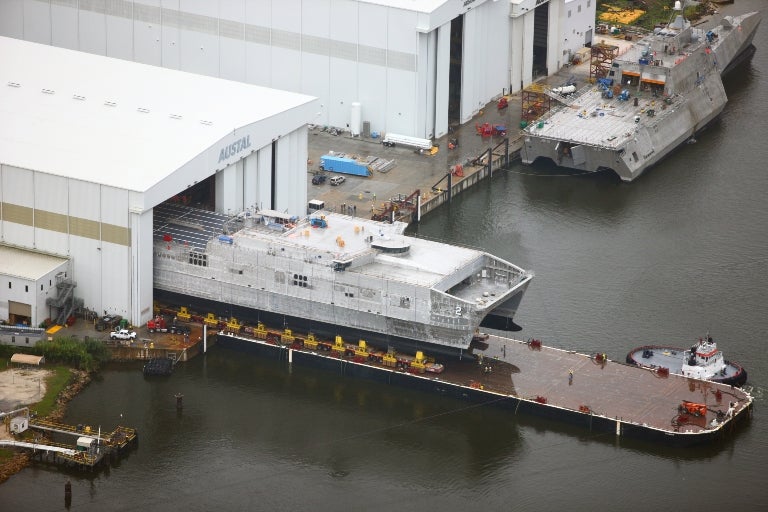 During the tests, USNS Choctaw County’s major systems were tested and validated in preparation for final inspection by the US Navy’s Board of Inspection and Survey (INSURV) prior to its delivery.

The ship used its propulsion plant to test different power levels for many hours, as well as validated communication and navigational systems’ calibration.

In addition to demonstrating four steerable water jets capability to achieved more than 41k speed, the ship performed a series of high-speed turns to demonstrate stability and agility of its hull form.

Strategic and Theater Sealift programme manager captain Henry Stevens said: "This was the first step in preparing the ship for acceptance trials and delivery later this year."

“This was the first step in preparing the ship for acceptance trials and delivery later this year.”

The navy is expected to receive USNS Choctaw County later in summer 2013, following completion of acceptance trials, scheduled in the near future.

Designed to be fast, flexible and manoeuvrable in shallow waters, the versatile and non-combatant JHSV can transport troops and equipment, military vehicles, cargo and equipment for a range of global missions.

Capable of cruising at an average speed of 35k, the vessels of the class can conduct a range of missions, which include soldier through traditional logistics missions, humanitarian support, disaster response and maritime law enforcement.

The 103m-long JHSV is also capable of performing day and night air vehicle launch and recovery operations in shallow-draft ports.

Image: JHSV 2 during its launch at Austal Shipyard. Photo: courtesy of Austal.