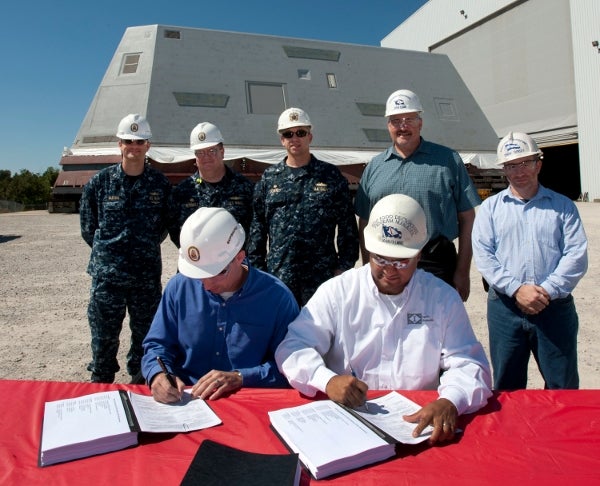 Huntington Ingalls Industries (HII) has successfully delivered a 900t carbon composite deckhouse for the US Navy in support of the first Zumwalt-class destroyer (DDG-1000).

Designed to provide a platform for installation of bridge, radars, antennas and intake/exhaust system for the frigate, the deckhouse enables the ship to feature a significantly smaller radar cross-section than any other fleet vessel.

Integration process for the deckhouse structure will be similar to LPD masts and will involve joining the remaining eight of nine ‘ultra units’ to compose the vessel.

Composite deckhouse and hangars for the DDG 1000-class destroyers are being developed at the company’s Composite Center of Excellence facility in Gulfport, US.

The multi-mission DDG 1000 will also provide independent forward presence and deterrence for carrying out operations in the littorals, as well as during land attack and will be the first US Navy surface combatant to use electric power for propulsion and combat technology.

The first Zumwalt-class vessel is expected to enter service with the US Navy in 2014, with the second following in 2015.

Image: Officials sign the DD 250 documents signifying the delivery of the Zumwalt (DDG 1000) deckhouse to the US Navy. Photo: © 2012 Huntington Ingalls Industries, Inc.