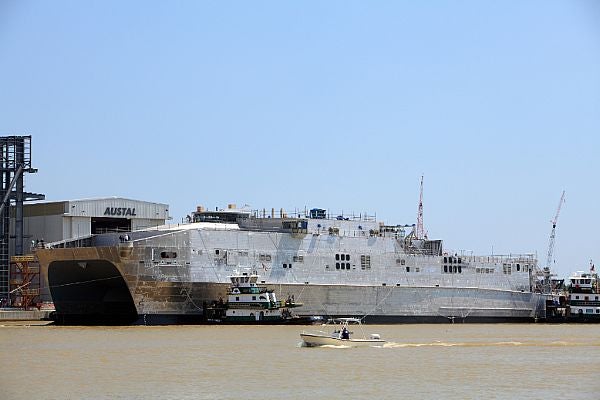 Commenting on the name selection, US Navy secretary Ray Mabus said: "These ships were all named to recognize the hard working people from cities all around our country who have contributed in so many ways to our navy and Marine Corps team."

The 338ft-long JHSV vessels will conduct a variety of missions, including humanitarian assistance and disaster relief, as well as supports overseas contingency operations, special operations forces and emerging joint sea-basing concepts in shallow-draft ports and waterways.

"These ships were all named to recognize the hard working people from cities all around our country who have contributed in so many ways to our navy and Marine Corps team."

Constructed by Austal, the JHSV can cruise at a speed of 35k and features an aviation flight deck to support day and night air vehicle launch and recovery operations.

Lockheed Martin and Marinette Marine are currently developing the 388ft-long Freedom-variant USS Wichita (LCS 13), while the Independence-variant USS Manchester (LCS 14) is being built by Austal.

Capable of cruising at a speed of more than 12k, the future 238ft-long R/V Sally Ride, which will be a Neil Armstrong-class AGOR ship, will be built by Dakota Creek Industries in Anacortes, Washington, US.