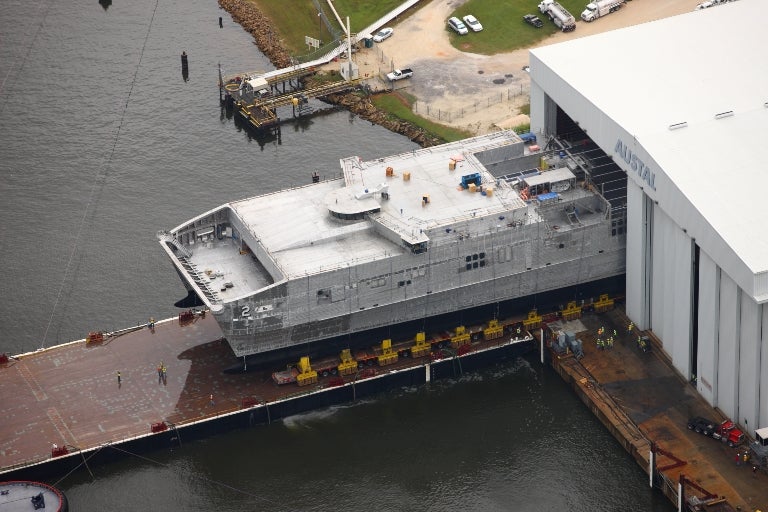 The US Navy has awarded a $166.9m contract to Austal for the construction of the tenth Spearhead-class joint high-speed vessel (JHSV).

This deal is part of a $1.6bn contract awarded to Austal in November 2008 to build the first JHSV, with options for nine additional vessels for the US Navy between 2009 and 2013.

Commenting on the latest deal, Austal chief executive officer Andrew Bellamy said: "With all ten joint high-speed vessels fully funded and the recent delivery of JHSV 1, Austal USA is now in a great position to focus on improving efficiency and delivering these innovative ships to the navy."

"With all ten joint high-speed vessels fully funded and the recent delivery of JHSV 1, Austal USA is now in a position to focus on improving efficiency and delivering these ships to the navy."

The versatile, non-combatant, transport JHSV has been designed to cruise at a speed of 35k and accommodate a crew of 21, while its aviation flight deck supports day and night air vehicle launch and recovery operations.

Austal JHSV team includes General Dynamics Advanced Information Systems, which is responsible for the design, integration and testing of the ship’s mission systems, including internal and external communications, electronic navigation, and aviation and armament systems.

The second ship of the class, Choctaw County (JHSV 2), was christened on 15 September 2012 and launched in October.

Work will be performed at Austal’s facility in Mobile, Alabama, US.