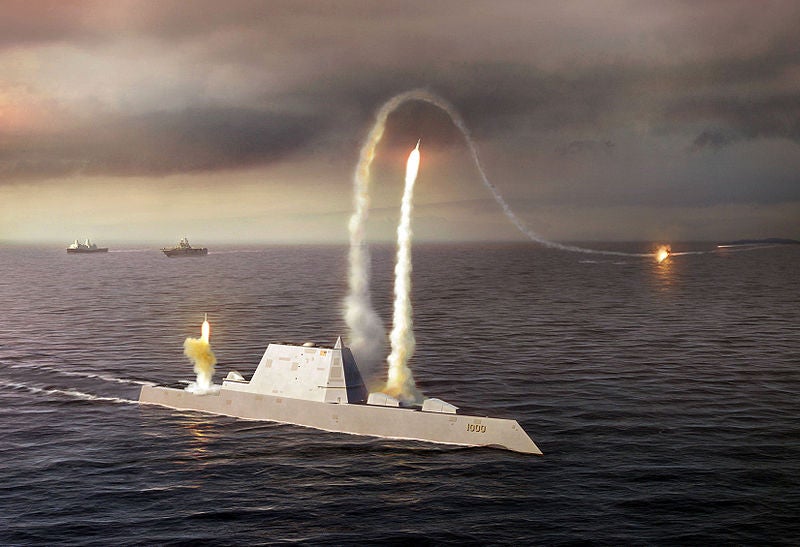 BAE Systems has successfully completed a series of gun fire trials of its 155mm long-range land attack projectiles (LRLAP) at White Sands Missile Range in New Mexico, US, with a critical design review phase scheduled to start in December.

During the latest round of flight tests, which met all relevent requirements, the rocket-assisted, gun-launched, and global positioning system (GPS) guided projectile demonstrated its ability to achieve accurate reliable and affordable long-range hits on target.

The tests also validated the LRLAP tactical rocket motor’s performance under various conditions such as ambient, cold and hot temperatures, as well as live-fire performance of the tactical warhead.

"BAE Systems continues to progress on track for our qualification to support deployment of the advanced gun system onboard the DDG 1000."

"BAE Systems continues to progress on track for our qualification to support deployment of the advanced gun system onboard the DDG 1000.”

Capable of striking against variety of targets in multiple mission areas, LRLAP can serve as an affordable, ship-launched alternative to currently used missiles for expeditionary forces.

Designed to support land-attack operations, each of the DDG 1000’s two advanced gun systems (AGS) will be capable of firing more than ten LRLAP rounds in a minute.

Featuring a GPS-based guidance system and a unitary warhead with an adjustable height-of-burst or point-detonation fuse, the weapon can be launched using a unique propelling charge.

After demonstrating its performance and reliability in various conditions, the projectile is expected to achieve initial operational capability in 2016.