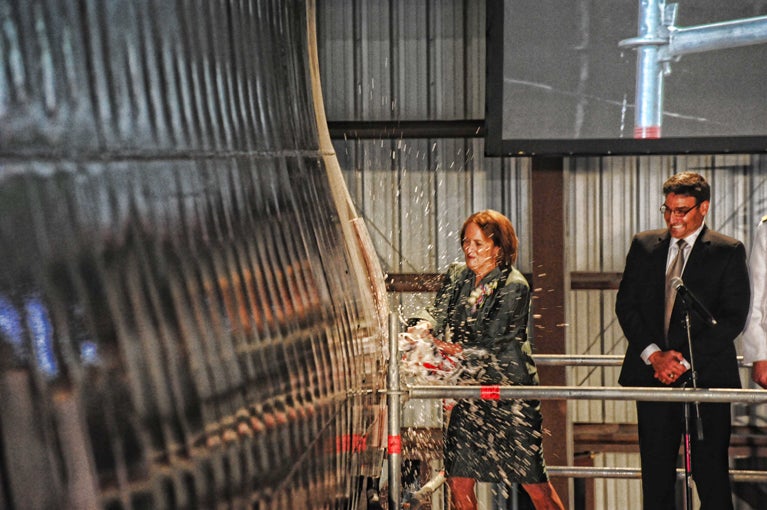 US Navy secretary Ray Mabus said: "I chose to name the joint high-speed vessel after East Millinocket and Millinocket to honour those values and the men and women of the community that represents them no less today than it did in the early 1900s."

The company is under a ten-ship contract worth more than $1.6bn with the US Navy, while 338ft-long USNS Spearhead (JHSV 1), the first ship of the class, has already been delivered.

Austal USA president Craig Perciavalle said that the ship was expected to provide an high-level of flexibility, mobility, efficiency and support to combatant commanders and the country.

Operated by the Military Sealift Command, the JHSVs can support a range of missions such as overseas contingency operations, humanitarian assistance and disaster relief, supporting special operations forces and emerging joint sea-basing concepts.

Capable of performing day and night air vehicle launch and recovery operations in shallow-draft ports, the vessels have a displacement capacity of 2,362t, beam of 28.5m, a draft of 3.8m and can cruise at a maximum speed of 43k.

Designed to be fast, flexible and manoeuvrable in shallow waters, the Spearhead-class vessels are equipped with helicopter operations surveillance system (HOSS) to enable the aircraft to operate in very low-light conditions.

USNS Choctaw County, the second ship of the class, is expected to be delivered to the navy later in the summer of 2013.