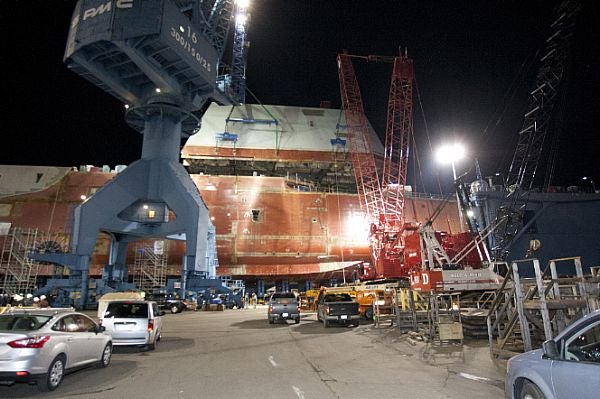 The US Navy has awarded a modification contract to Raytheon to support the Zumwalt-class destroyer DDG 1000 programme.

Under the $169m fixed-price incentive, cost-plus-fixed-fee contract, Raytheon will provide deferred mission systems equipment for the US Navy DDG 1000 and DDG 1001 destroyers.

The Zumwalt-class multi-mission destroyer is a next-generation, guided-missile naval destroyer and has beem designed to support littoral warfare and network-centric warfare missions.

In addition to providing independent forward presence and deterrence for carrying out operations in littoral areas, the multi-mission DDG 1000 uses electric power for propulsion and combat technology.

The destroyers will also be used by the US Navy to support special operations forces, and operate as an integral part of joint and combined expeditionary crews.

Scheduled to be launched and christened in 2013, the first DDG 1000 vessel is 80% complete and is due for delivery to the US Navy in 2014, with initial operations scheduled for 2016.