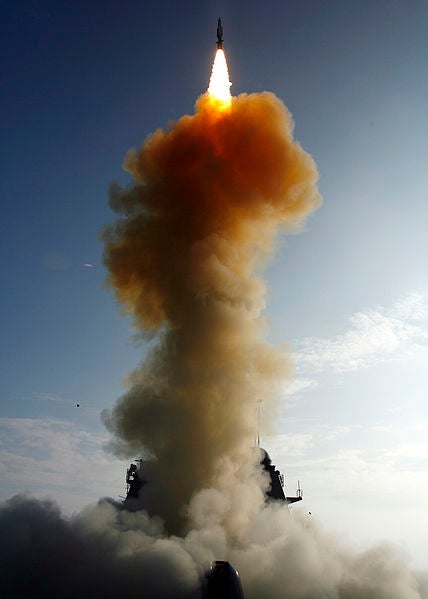 Conducted based on a joint US-Netherlands study in 2009, the trials were intended to prove Signaal Multibeam Acquisition Radar for Tracking-L and Advanced Phased Array Radar (SMART-L/APAR) sensor suites integration with the SM-3 missile to provide defence capabilities for non-Aegis ships.

During trials, the dual-band datalink used send and receive signals to communicate with the APAR X-band radar, which is part of a suite currently in-service with the Danish, Dutch and German navies.

"The dual-band datalink used send and receive signals to communicate with the APAR X-band radar."

"A common datalink that operates with both X and S-band radars is a very affordable, near-term solution that allows Europe to take advantage of proven technologies available today," Kremer said.

The dual-band datalink also helps reduce costs for the US navy customers, as it removes the need for holding two separate inventories of SMs for the Zumwalt (X-band) and Aegis (S-band) ship classes.

Designed to help the same missile communicate with interceptors in both S and X-band, the datalink integration into any of the SMs will also enable users to ‘drop in’ replacement for current hardware.

The Netherlands and Germany currently have seven SMART-L/APAR X-band radar equipped frigates, while Denmark is expected to deploy three additional ships that operate using the same communication frequency by 2013.

Aegis frigates, which use the S-band communication frequency, are operated by Norway, Spain and the US.

Image: An SM-3 missile after being launched to engage a satellite. Photo: unknown/US Navy.