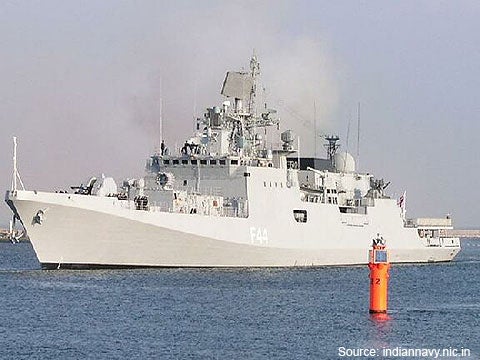 The Indian Navy is to receive the second of three Talwar-class warships, INS Tarkash (F46), at the Baltic Shipyard in Kaliningrad, Russia, the Yantar Shipyard spokesman Sergei Mikhailov said.

In August, the frigate successfully completed sea trials off the Baltic Sea, validating its shipboard and weapon systems ; this was followed in September by docking and examination at the Yantar shipyard, Russia.

The three additional frigates will be deployed with existing warships of the same class, INS Talwar (sword), INS Trishul (trident) and INS Tabar (axe), to support operations for the Indian Navy.

The 4,000t modified version of the Krivak III-class frigates are 126m-long, capable of cruising at a maximum speed of 30k and can accommodate a crew of 313.

The Indian Navy inducted INS Teg in April, while INS Trikandis is currently undergoing trials prior to its scheduled delivery in June 2013.