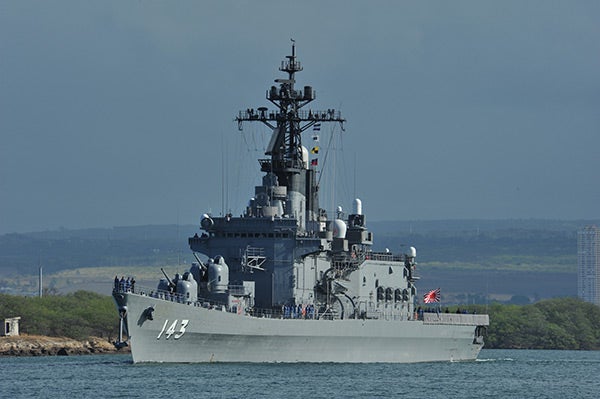 The contract follows one previously awarded to GE Marines in 2011 to deliver LM2500 for main propulsion power and LM500 gas turbines for onboard ship service electrical power in support of the 22DDH destroyer.

The first LM500 generator set will be initially used for military ships, while LM2500 gas turbines will be used with IEC in a main power plant on the destroyer.

Easy-to-install and maintain, the LM2500 provides high thermal efficiency as well as low fuel and airflow per horsepower produced, while the LM500 marine gas turbine has been designed using corrosion-resistant materials for long life in a maritime environment.

The 22DDH-class ships will be armed with two close-in weapon systems and two Sea RAM missile systems for air defence, as well as a mobile decoy and floating acoustic jammer for anti-submarine warfare, according to globalsecurity.org.

Designed to replace the ageing Shirane-class destroyers, the $1.04bn 22DDH aircraft carrier is scheduled for deployment with the JMSDF in 2015.

IHI will develop the LM2500 and LM500 gas turbines for the 24DDH programme under license and will install them into propulsion or generator set modules.

The shipyard is expected to receive LM500s modules from IHI in late 2014, while the LM2500 modules will be delivered to JMSDF in early-2015.