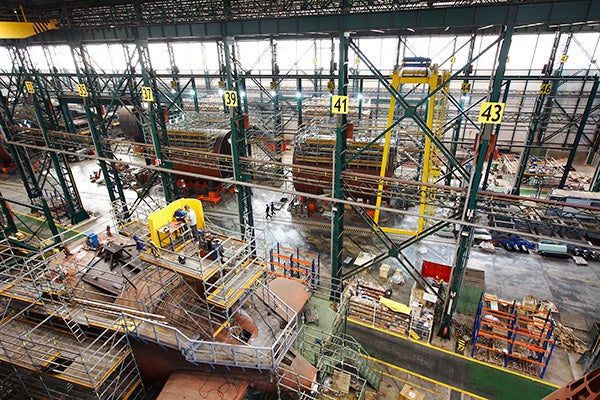 The move comes after engineers identified the vessel’s excess weight of up to 100t, which could compromise the boat’s capability to submerge and re-surface, during its final construction stage at Navantia’s shipyard in Cartagena, Spain.

Meanwhile, an analyst said that that submarine’s air-independent propulsion (AIP) system reactor is also underperforming, in addition to its excess weight.

Strategic Studies Group head Rafael Bardaji said that the AIP system has been designed to enable the submarine to operate underway for 28 days but is currently able to manage only one week.

Although officials will review Electric Boat’s options, the preference includes extending submarine’s hull length, which could be up to 5m-6m to increase buoyancy.

"The buoyancy problem alone could cost up to half a billion euros to cover redesign and extra construction, without considering the propulsion problem."

"The buoyancy problem alone could cost up to half a billion euros to cover redesign and extra construction, without considering the propulsion problem," Bardaji added.

The Spanish Defence Ministry is seeking various alternatives and is also studying the problem scope to determine its impact on time and costs.

Work on all four S-80 class submarines for the Spanish Navy has been halted, while the delivery dates have been rescheduled due to the technical issues.

Powered by three diesel engines, a main electric engine and AIP reactor, the S-80 class submarines will be used to conduct naval power projection operations and surveillance activities, and protect and transport both the naval and army forces in littoral waters.

The contract was awarded as a part of a foreign military sales (FMS) agreement with the Spanish Ministry of Defence (MoD).