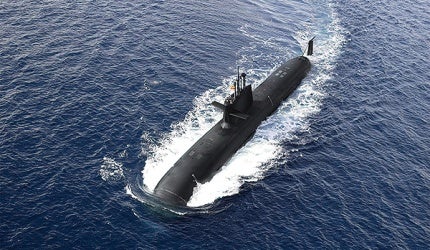 Isaac Peral, the first S-80 class submarine, is expected to enter service in 2015, followed by Narciso Monturiol in 2016. Cosme Garcia and Mateo Garcia de los Reyes, the last two submarines in the S-80 class, are expected to be delivered in 2018 and 2019 respectively.

The S-80 submarines will primarily carry out naval power projection operations and surveillance activities, and protect and transport both the naval and army forces in littoral waters.

The cost of construction of the four submarines is expected to be €2.2bn ($2.9bn).

The cost of construction of the four submarines is expected to be €2.2bn.

The S-80 class submarines will measure 71m in length and 7.3m in diameter. The hull of the submarine will be 51.76m long.

Development history of the S-80 class

Initial plans for the S-80 Class submarine were brought forward in 1989, with preliminary studies conducted until 1991. Objectives for the submarine programme became clearer during 1997 and 1998.

The UK’s Submarine Rescue Headquarters is based at Renfrew in Glasgow, Scotland.

The S-80 will also be integrated with a towed array sonar system, supplied by QinetiQ, an interception positioning system and an own noise analyser.

It will be fitted with satellite communication systems developed by Indra and a guidance automation unit distributed intelligence (GAUDI) autopilot system developed by Avio.

The submarine will be equipped with Aries radars, Friend or Foe identification systems (IFF) and modular Pegaso defence electronic systems supplied by Indra.

The submarine will also be enhanced by integrating non-penetrating all-weather optronic imaging systems, hoistable masts and periscopes, which will be supplied by Kollmorgen Electro-Optical and Calzoni.

The S-80 will be powered by three diesel engines rated at 1,200kW each, a 3,500kW main electric engine, and a 300kW air independent propulsion (AIP) reactor.

The electric propulsion motors used in the submarine are 20% lighter than those used in Scorpene submarines.

LINKSrechts has made a name for itself with the Helicopter...