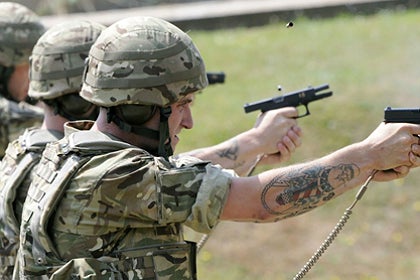 The US Marine Corps (USMC) will induct the new enhanced combat helmet (ECH) in the first quarter of fiscal 2014, following successful completion of stringent tests.

The enhanced combat helmet has been developed by the USMC, in collaboration with the US Army and US Navy, following an urgent requirement initiative in March 2009 to produce a helmet capable of providing enhanced ballistic protection from selected small-arms ammunition and fragmentation.

Compatible with other components of infantry combat equipment, including body armour, protective goggles, night vision equipment and a camouflage fabric helmet cover, the ECH will maintain all other characteristics of the marines’ lightweight helmet and the army’s advanced combat helmet.

The Israel Navy has started installation of Barak 8 medium-range surface-to-air missiles onto the Sa’ar 5-class corvettes, in an effort to protect the nation from the Syria’s Yakhont Russian anti-ship missiles.

The Barak 8 missile, jointly developed by Israel Aerospace Industries (IAI) and the Defence Research & Development Organisation (DRDO), will allow the ships to defend against an array of threats, such as anti-ship missiles, manned aircraft, drones and supersonic cruise missiles, the Yisrael Hayom daily reports.

The 2m-long Alister 100 AUV weighs 70kg and will be used by the French Navy as underwater drones to support mine warfare missions.

In 2010, the French Directorate General of Armaments (DGA) had awarded a contract to ECA Group to design, develop and deliver six Alister 100 AUVs for the French Navy.

UK Royal Navy sailors have been trained to use the new Glock 17 pistol, as part of a training course conducted at HMS Raleigh’s military training unit.

During the three-day course, conducted as part of pre-deployment training, a group of 17 sailors has been trained to safely fire and maintain the new pistol.

A formal assessment was also conducted to ensure each sailor could competently and accurately use the weapon.

Named after Gyeonggi Province, located near Seoul and the western port city of Incheon, the 2,300t ship has been designed and developed locally to provide improved warfare capabilities for the ROKN, according to the Yonhap News Agency.

The navy said the Incheon-class vessels are being built as part of the ROKN’s FFX naval programme for the acquisition of up to 20 ships, to replace the ROKN’s ageing Pohang-class corvettes and Ulsan-class frigates fleet by 2020.

The Estonian Defence Force has awarded a contract to Thales to provide an additional four years of technical support and maintenance to support the Estonian Navy’s two mine countermeasures vessels (MCMVs), ENS Admiral Cowan (M313) and ENS Sakala (M314).

The two vessels serving with the Estonian fleet are former British Royal Navy Vosper Thornycroft-built Sandown-class vessels, which were decommissioned and sold to Estonia in 2006.

Estonian Navy originally signed a contract with Thales in 2006, as part of a programme to return the two ships to operational service, to provide operational support to the ships in-service and install Thales’ Sonar 2093 system.

The Armored and Counter IED Vehicles Market in Israel to 2024: Market Brief

The Missiles and Missile Defense Systems Market in Saudi Arabia to 2025: Market Brief

The Armored and Counter IED Vehicles Market in Saudi Arabia to 2024: Market Brief