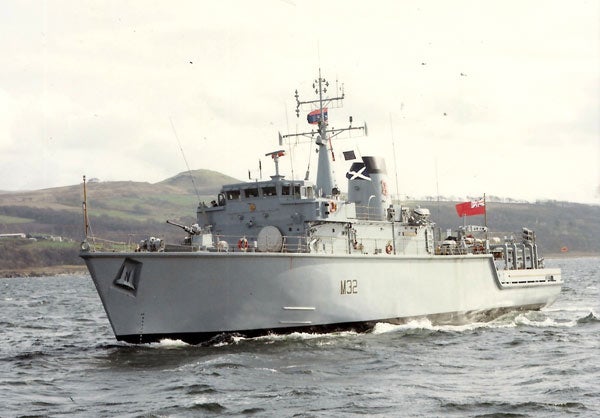 The majority of the reactivation work on the vessels has been carried out at A&P Falmouth shipyard in Cornwall, UK while Thales-led team for the programme includes Finning, Polyamp, ECA and Northrop Grumman’s Sperry Marine.

The 750t Hunt-class ships have a beam of 10.5m, draught of 2.2m and provide a very low magnetic signature for mine countermeasure operations.

Capable of accommodating a crew of 45 with five officers, the vessels feature Thales Sonar 2193 hull-mounted wide band sonar to support both minesweeping and minehunting as well as patrol missions.