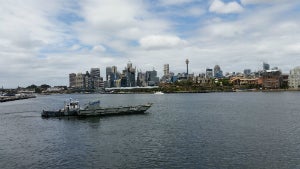 The landing crafts departed from Navantia Bay of Cádiz on 27 December 2014, and arrived to the HMAS Waterhen base, where they will be commissioned to the Defence Materiel Organization (DMO).

Navantia delivered the first four units in May 2014. These landing crafts and the last four units, to be delivered in mid-2015, will operate with the ALHD ‘Canberra’ and the ALHD ‘Adelaide’.

Meanwhile, the ship also features two 809kW diesel engines, and two waterjet propellers, which allows it to travel at a speed of more than 20 knots. It can also carry a full load 190 miles.

After a 30 day transit across the world’s oceans, NUSHIP Stalwart arrived safely at Fleet...