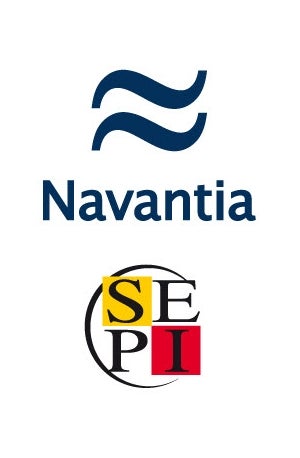 Navantia has the pleasure in delivering the final batch of four LLCs to the Commonwealth in Sydney.

This is a major achievement, where Navantia has played an important role of Prime Contractor for the first time in an Australian programme.

Since 2007, Navantia has been working in three important programmes for the ADF, namely the Air Warfare Destroyers (AWDs), Landing Helicopter Docks (LHDs), and the LHD Landing Craft (LLCs), under different contractual schemes to deliver to the best of its ability.

On 16 December 2011, Navantia signed a contract with the then Defence Materiel Organisation (DMO) under JP 2048 Phase 3, to build and deliver 12 LHD Landing Craft (LLCs) to the Commonwealth.

All 12 have now been delivered to HMAS Waterhen in Sydney on or ahead of schedule and to budget. The LLCs were built and tested in Cádiz, Spain, and shipped out to Australia.

Navantia understands that the first eight units are in operation with the RAN and are performing to the full satisfaction of Navy, having achieved various missions during sea trials with HMAS Canberra, which has also been commissioned into the RAN.

Her sister ship, HMAS Adelaide, is due to be commissioned in Sydney on 4 December 2015. Since delivery of the LLCs, Navantia has provided in-country support and is committed to ensuring its availability for service at all times. 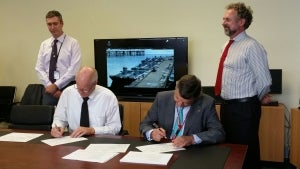 This commitment will be maintained by Navantia Australia Pty Ltd, which is also assisting BAE Systems with Through Life Support of the LHDs.

Navantia is fully committed to Australia and will contribute to projects as far as possible within its proven capacity and ability to supply.

We look forward to working with the Commonwealth and industry even more closely than before, to achieve the programme goals that we share.

In this regard, Navantia is currently engaged in the SEA 1654 Phase 3 Maritime Operational Support Capability tender process, and is working in a collaborative environment in the SEA 5000 Future Frigate programme as well as the SEA 1180 Offshore Patrol Vessels project.

The Norwegian Defence Material Agency (NDMA) has congratulated Navantia and its subcontractors for the successful...