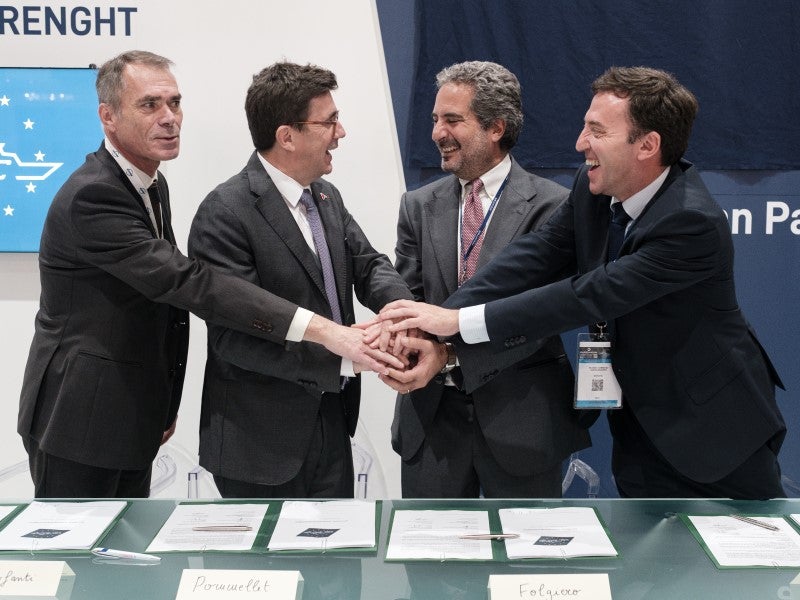 In July 2022, the European Commission selected the proposal submitted by the consortium led by Naviris together with Fincantieri, Naval Group and Navantia for the Modular and Multirole Patrol Corvette (MMPC) call. Following this decision, the CEOs of the four companies signed a preliminary consortium agreement today at Euronaval whose objective is to rule the execution of the call.

The clear objective of the consortium’s proposal is to maximise synergies and collaboration among European shipbuilding industrials. By developing together a new ship, the European Patrol Corvette (EPC), they aim to ensure a European sovereignty in the second-rank warship.

The EPC will be a smart, innovative, affordable, sustainable, interoperable and flexible vessel designed to meet a wide range of future missions in a continuously evolving global context. Based on innovative and disruptive technologies, this programme will strongly contribute to the European sovereignty in the naval domain, by strengthening the European industry, increasing cooperation and efficiency, and lowering duplication in defence spending.

The main objective of the agreement signed today will be to develop the initial design of the vessel, maximising innovations, synergies and collaboration among European shipbuilding industry through the participation of:

The EPC is a future innovative programme of naval vessels which is developed in a collaborative way by several navies and members of the European Union, under the banner of the PESCO project (PESCO approval in 2019). Four navies have officially joined the project (Italy, France, Spain and Greece) to define jointly the requirements for a second rank surface combatant of about 110m long and 3,000t able to replace in the near future several series of ships, from patrol vessels to light frigates. Additionally, Norway and Denmark are supporting the project through the participation of their national industry.

The EPC project is strongly supported by European Commission and participating Member States. The European Defence Fund opened a call named MMPC – Modular and Multirole Patrol Corvette – for which Naviris coordinated the elaboration of a proposal by pooling together the expertise of a European consortium (40 companies in 12 countries) which was submitted in December 2021. This proposal has been selected in July 2022 with a grant for a two-year initial phase of the design, the development of technological bricks and the definition of common working methodologies, rules and standards.

With its ambition of excellence, the programme intends to grow with the expertise of various specialised European companies, in line with the European Commission strategy.