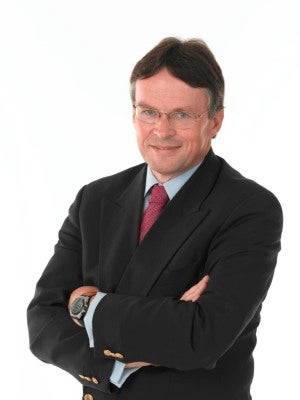 BMT Defence Services (BMT), a subsidiary of BMT Group, has appointed Roy Quilliam as Business Development Director. Roy joined BMT in 1990 and previously held the position of Technical Director since 2003.

With more than 30 years’ experience of naval engineering design and support, Roy’s involvement in new design projects includes the QEC Aircraft Carrier, Type 45 Destroyer and Astute Class submarine. He has a broad technical background from concept and feasibility design through to major in service design change, and from policy issues through to practical engineering.

Commenting on his new role and Honorary Professor status, Roy Quilliam says: "BMT is a great place to work and I’m very much looking forward to the next step in my career here in taking the business development reins and supporting the organisation in its drive for future growth both here in the UK and internationally. Furthermore, being appointed as Honorary Professor for the University of Bath is a great privilege. Here at BMT, we put immense effort into attracting talented, young engineers and therefore my own personal affiliation, as well as the organisation’s commitment to engage with the University, is extremely important."

Roy has recently been co-opted on to the Council of British Naval Equipment Association (BNEA).

In addition, Roy is a member of the Lloyds Register Naval Ships Technical Committee, and represents BMT on the UKNEST Steering Group where he is also the Deputy Chair. He chairs the Industry Steering Group for the UK MoD Naval Design Partnering (Ships) (NDP) and is a member of the Project Board for both NDP Ships and NDP Submarines. He also chairs the Industrial Advisory Board for the Mechanical Engineering Department at the University of Bath, the number one department in the UK for student satisfaction.

Bath-based BMT Defence Services (BMT), a subsidiary of BMT Group, has announced the opening of...