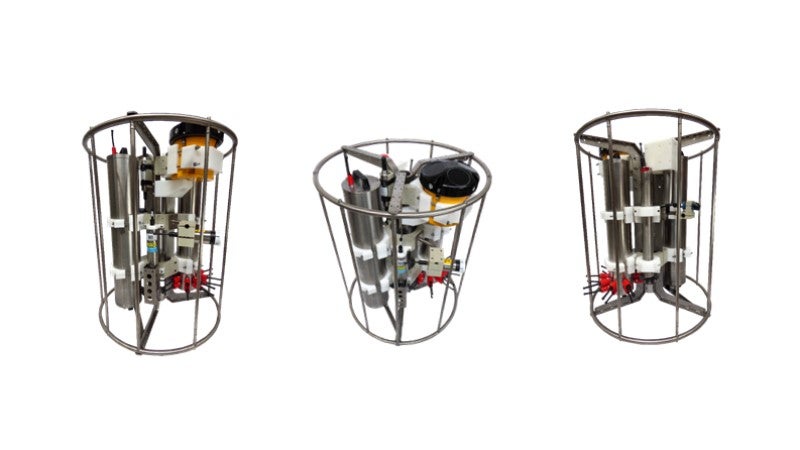 The main objective of EMSO is to conduct studies of the impact of global warming on the oceans surrounding Europe. This objective includes the study of deepwater ecosystems in a perspective of fundamental research but also in terms of sustainable management, with particular interest in anthropogenic and climatic factors, as well as generating continuous scientific data on marine environmental processes related to the interaction between the geosphere, biosphere and hydrosphere.

Finally, the study of tectonic, volcanic, hydrothermal and gravity processes, as well as the monitoring of associated natural risks (earthquakes, tsunamis, instability of slopes), supplement the research for coastal areas with high population density.

In this context, RTsys has developed the EGIM: ‘EMSO Generic Instrument Module’ in partnership with IFREMER, with the main focus of standardising the measurements obtained at different geographical locations using the same equipment, the same sensor references, the same methods of qualification and calibration, the same data formats, and the same maintenance procedures.

From the surface to the deep sea, this high-tech platform would embed the most advanced technologies of sensors measuring physical and biogeochemical parameters continuously and on a long-term process.

The heart of the EGIM system is called COSTOF2. Resulting from a joint development between RTsys and IFREMER, COSTOF2 is a deepwater datalogger (up to 6,000m depth) that provides a unique operating and recording module (sequencing, synchronisation, storage, data transmission) for a wide range of sensors from different types, models and brands over a long period in total autonomy. Particular attention has been paid to its modularity and low consumption, giving the capability to connect any kind of sensors, from the simplest to the most complex.

EGIM has been designed to consistently and continuously measure environmental parameters in order to provide data on marine changes in Europe, and will soon be deployed by IPMA (Portuguese Institute for the Sea and the Atmosphere) offshore the south-west coast of Portugal, at 4,830m depth.

Such deep-water observatories being installed and left at sea for a very long duration, EGIM must therefore be resistant to external attacks, in particular electrolytic corrosion, hence the use of the plastic/titanium pair has been targeted to answer to these operational constraints.

EGIM now provides a selection of referenced sensors fully synchronised in the COSTOF2, which itself supplies the necessary power required by each sensor, when previously for any similar research mission, each user of underwater observatories had to use its physicochemical sensors chosen or constrained by the use of several different data loggers to be integrated into the same mechanical structure to be deployed. It was then necessary to extract the data recovered from each sensor through proprietary software. With the COSTOF2 it is now possible to recover all the data fully synchronised by acoustic modem from the surface or by Wi-Fi. COSTOF2 can be operated on mooring lines, seabed stations (wired or not) and surface buoys too.

The data can be downloaded on a regular basis and made available to all project stakeholders.

Characteristics and strengths of EGIM:

In addition to the data logger function, EGIM has the possibility of triggering actions on events: focused power supply and record’s triggering of certain sensors in parallel to a targeted value detection from another sensor.

The COSTOF2 is used on every IFREMER instrumented, non-wired and long-term test site. In particular on EMSO Azores, with two seabed stations (including one EGIM) connected by acoustic modem to a surface buoy. It is also equipped with a COSTOF2 surface version which re-transmits its data to earth by satellite.

COSTOF2 also equips deep-sea stations, such as MARHA deployed last August, the coastal measurement buoys integrated into the COAST-HF network and equipped with the COSTOF2 surface version, and to finish into every future deep, shallow and coastal observatories IFREMER plans to deploy in the coming years in the areas of Mayotte and New Caledonia, for environmental monitoring applications (MRE, aquaculture farms, ports and exploitation of mining resources)

This white paper gives an overview of four of RTsys' products, including the Wi-Fi Bouy, the Multi-Hydrophone Recorder, Comet Autonomous Underwater Vehicle (AUV), and the...