The new recoverable acoustic target can be deployed from a variety of platforms, including helicopters, ASW aircraft, submarines and surface ships.

The SEMA target is designed to support multi-ASW asset, torpedo and sonar trainings.

In February 2021, RTSYS signed a contract with the Dutch Government to deliver seven SEMA ASW training targets. The underwater targets will support the ASW training missions of the Netherlands and Belgium Naval Forces.

SEMA is an easy-to-operate AUV that offers a range of acoustic training capabilities.

The 33kg SEMA has a length of 2,130mm, shell diameter of 150mm, and height of 285mm. It is installed with an inertial navigation system (INS), global positioning system (GPS), Doppler velocity log (DVL), and pressure navigation sensor.

The hardware components of SEMA include a launching ramp, ultra-high frequency (UHF) remote control for target recovery, fully rugged laptop, and pike poles. The autonomous system can be reconfigured with a spare battery to undertake new missions within one hour.

The AUV is fitted with an antenna mast and pinger, as well as an acoustic echo-repeater that uses two bands for active homing torpedo, five bands for active sonar frequency, and an acoustic recorder with data encryption. It utilises six narrowband and two broadband channels for communication.

The training target is installed with software that enables the visualisation of navigation routes and patterns.

SEMA can be operated in auto-recovery mode as well as launched and recovered from a rigid-hulled inflatable boat (RHIB) or a boat. The mission modes can be programmed using either segments, such as heading, speed, timeout, and depth, or waypoints, such as speed, depth, latitude, and longitude.

It features a more compact design than the MK-I version and can be customised to meet user requirements with features such as adapted buoyancy for freshwater training or a spare battery section. The unmanned platform is compatible with the latest-generation sonars and homing torpedo heads and can also provide kinematic escape capabilities during training sessions.

Improvements to the latest version of the SEMA target include a new user-friendly human-machine interface (HMI), enhanced operational safety and improved data security. The SEMA MK-II can operate at a maximum depth of 300m.

Powered by a rechargeable battery, the training target provides an endurance of ten hours when travelling at 4k speed and 1.5 hours at 15k. The navigation capabilities, combined with GPS repositioning, ensure optimal surface localisation conditions. An acoustic command can be executed to either stop the target or enable it to take an evasive route. 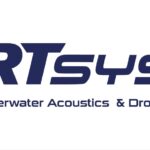 RTsys
In RTsys, passion for underwater acoustics and robotics drives our...
SUBSCRIBED