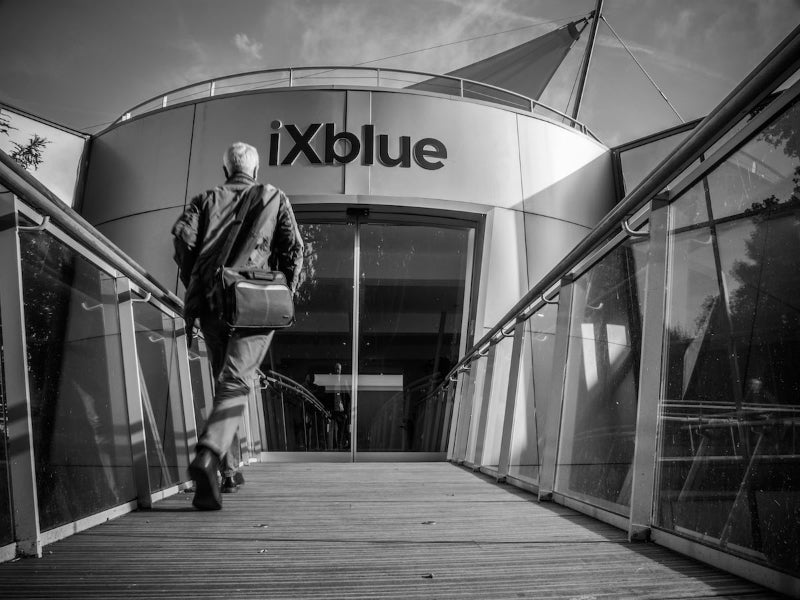 NAVSEA commented on the benefits sought in such a shift: advanced performances, ease of maintenance, enhanced availability and lower total cost of ownership.

Naval navigation is currently witnessing such a transformation, notably in the field of inertial technology. Recent months have seen some of the most demanding navies in the world starting disposal of legacy inertial technologies in favour of a full strap-down solid-state technology: Fibre Optic Gyroscopes (FOG).

The most striking example of such a transformation is certainly the Royal Navy’s decision in 2016 to retrofit its 35 major combatant surface ships and submarines with FOG inertial systems, following its previous selection of FOG for the new Queen Elisabeth-Class aircraft carriers and Astute-class nuclear submarines.

iXblue, a global leader in the design and manufacture of innovative solutions for navigation and positioning, is recognised as the driving force behind this transformation.

The MARINS series, iXblue’s range of MILSPEC FOG inertial systems, has established itself as the new standard for combat vessels as witnessed by its recent selection by numerous navies (UK, Germany, UAE, Sweden, France). Top of the range MARINS M7, the Royal Navy’s choice, offers an unrivalled drift performance of less than 1Nm in 72 hours in pure initial mode for applications in surface GNSS-denied or stealth submarine navigations.

Former naval officer and iXblue’s director of business development for naval affairs Guillaume Dandrieux said: "The medium-term pre-eminence of FOG technology in the strategic naval field was anticipated some years ago by most recognised experts in the inertial domain, such as the Massachusetts Institute of Technology (MIT) or the Draper Laboratory in Cambridge, MA.

"They acknowledged FOG technology was to become unchallenged for strategic applications. The advent of FOG systems is therefore not a surprise and, for instance, the US Navy is turning fully towards this technology for their future needs.

"iXblue has been the accelerator of this transition in the naval domain. It is the result of our deliberate R&D policy over the last 30 years. We develop, manufacture and integrate internally all components and processes from optical fibre production, coil winding, modulator, and laser source development to maintain full control over the global system performance chain.

"This policy allows us today to keep exploring ever higher performances, keeping in mind that the possibilities offered by FOG technology are theoretically unlimited."

The Fibre-Optic Gyroscope (FOG) relies on the same physical principles as the elder Ring Laser Gyroscope (RLG), but with true solid-state strap-down architecture. This differentiation relieves FOG from all well-known drawbacks experienced by RLG users.
Unlike RLG, FOG components’ properties do not wear out with time and usage. This positively impacts on the system’s lifetime and exempts the users from preventive maintenance and intermediary recalibration works.

Solid-state architecture also makes the system intrinsically silent with no radiated interference noise. In a FOG, two identical laser beams are injected and propagate in opposite directions through a fibre-optic coil. The actual angular velocity of the coil, hence of the system, is then accurately measured by an interferometric measurement of the resulting phase difference between both beams.
iXblue makes its FOG insensitive to temperature changes and magnetic disturbance through advanced modelling of environmental sensitivities, specific designs and in-house testing and calibration. They are resistant to extreme shocks and vibrations to meet the most stringent military requirements.

Another big advantage of FOG technology is its low electrical consumption compared to other technologies. FOG inertial systems offer a very good compromise in terms of low electrical performance and radiated heat versus size and drift performance. This is predominant to equip underwater systems like AUV, SDV and ROV where these constraints, along with the necessary noise discretion, are paramount.

"In addition, we propose acoustic positioning solutions that, together with the FOG INS, can bring a hybrid navigation with even greater performance."

In March, two iXblue MARINS M7 were ordered by SPAWAR Pacific to equip the LDUUV prototype under development by the US Office of Naval Research.

The terms used to support this purchase were positive for the French company: "The iXblue MARINS M7 INS possesses unique and highly specialised capabilities for undersea autonomous navigation.

"The MARINS M7 is a proprietary integrated navigation system which, to the government’s knowledge, provides the best available position, velocity and heading accuracy in a package which can be mounted within a UUV. No alternative systems exist which can allow for the critical unaided (pure inertial) navigation required to support the UMTJC2 mission."

Today, iXblue has equipped more than 35 navies over the world. This enviable position has been reached over the last 15 years.
"We entered this market initially through retrofits while expanding our range of solutions. Now, iXblue FOG INS and AHRS are more and more often selected by our customers for their new ship designs.

"iXblue family of AHRS/INS covers all type of requirements, from IMO-compliant AHRS designed for patrol and support ships under civilian classification rules up to full MILSPEC-compliant INS for submarines and aircraft carriers. Navies relying on iXblue systems benefit from the advantages of an up-to-date solid-state technology with high reliability and availability and the very best performance available. In addition, iXblue systems share strong commonalities with regards to hardware, software, and interfaces. This results in significant savings at fleet level in terms of integration, installation, configuration management, logistics, and training and maintenance costs."

iXBlue supplies a unique warship electronic chart display and information system (WECDIS) based on an...