Concept: The Dutch-based hacker-led cybersecurity startup Hadrian has launched Autonomous Hacking to safely test security posture against realistic attacks. The service is delivered on its event-based, offensive security platform in a SaaS model. Hadrian employs an agentless testing strategy that replicates a hacker-based approach using which the security teams can identify the security flaws, even if hackers are hidden and hard to find.

Nature of Disruption: Hadrian’s platform can automatically and continually scan the full attack surface, revealing hidden vulnerabilities throughout a company’s digital infrastructure. It can recognize and prioritize the most hazardous threats using the outside-in perspective and is added to the workflow process for the agent’s attention based on the severity of the threat. Additionally, the platform employs cross-asset tests that allow for the triggering of a test in another asset in response to a vulnerability or insight discovered in one asset. Hadrian technology is scalable and can integrate ML and AI modules to closely resemble the creativity of a hacker. Hadrian claims that the SaaS platform can scan billions of assets every day to produce insights on digital dangers and attack vectors in real-time. Hadrian’s data stream can include clear defense priorities and can integrate easily into existing chief information security officers (CISO) workflow tech stacks. The platform helps organizations recognize and evaluate corporate assets and their external operations using fingerprinting. It evaluates details of the OS information and software daemon, authentication method, input fields, modules, and libraries through thorough contextualization. Onboarding the platform is instantaneous as it is agentless and can operate from the outside.

Outlook: The cyberattack’s nature is changing as the attackers are automating their operations to target thousands of businesses in a single stretch. As a result, attackers are less recognized and organizations remain open to attack. Additionally, the shortage of trained staff and quick development of IoT, cloud-sharing technology, application programming interfaces (API), and work-from-home solutions in response to COVID-19 pandemic demand have compounded the issue. Hadrian technology can identify real threats and prioritize where the action is required, linking the tasks to existing workflow tools and processes ensuring that the most critical issues are attended to first. Autonomous Hacking employs an outside-in approach to mimic the hackers’ creativity and automate the security. In June 2022, Hadrian raised $11 million in a seed funding round led by HV Capital. The startup aims to utilize these funds to scale up by onboarding new hackers, developing a sales team, consolidating European markets, and preparing for the US expansion. 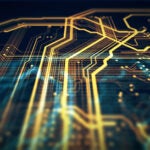