STM500 is shallow water, small-sized attack submarine designed by Savunma Teknolojileri ve Mühendislik (STM), a defence engineering company based in Turkey, in cooperation with the Turkish Presidency of Defense Industries (SSB) for the Turkish Naval Forces.

The submarine will be able to operate in both brown and blue waters to perform all tactical operations, including intelligence, surveillance, and reconnaissance (ISR), submarine warfare operations, special forces operations, and mine warfare.

The first phase of production of the submarine commenced in June 2022. The project is in its pressure hull test production phase currently.

The submarine will be equipped with advanced warfare systems and can travel at a top speed of more than 18kt and a cruise speed of 5kt. It will be able to operate at depths of more than 250m for 30 days with 18 crew members and more than six additional members of the special forces team.

Roketsan, a Turkish defence contractor, will provide its AKYA new-generation heavyweight torpedoes and the submarine-launched variant of the ATMACA missiles for the STM500 submarine.

AKYA is a high-speed, long-range, fully autonomous or fibre optic wire-guided torpedo capable of engaging submarines and surface targets at a range of more than 50km with a speed of 45kt.

AKYA features an active/passive sonar head with acoustic counter-countermeasure capability and wake guidance. The torpedo is fitted with a proximity/impact fuse and can be launched in swim-out mode.

It delivers an insensitive warhead with an underwater shock effect when launched. It is driven by a brushless DC electric motor and a counter-rotating propeller system.

ATMACA is a long-range, high-precision, autonomous anti-ship missile capable of striking targets at more than 220km with about 220kg of high explosive fragmentation effective penetration warhead.

The missile measures between 4.3m and 5.2m in length and weighs more than 750kg. It features an inertial navigation system (INS), a global positioning system (GPS), a barometric altimeter, a radar altimeter, and an active radiofrequency (RF) seeker for missile guidance.

The STM500 attack submarine will be equipped with a combat management system, a navigation radar, optronic search and attack periscopes, torpedo countermeasures (decoys), and an electronic support measures (ESM) antenna.

The information collected by the sonars will be processed by the combat management system.

The STM500 submarine will be powered by two diesel generators and lithium-ion batteries. Its main propulsion system will be driven by a 1.5MW permanent excited propulsion motor. It can also be fitted with an optional air-independent propulsion (AIP) system.

The ship will have an endurance of 3,500 nautical miles (nm) when operating on diesel, 75nm on battery and 4,000nm with the combination of diesel and AIP. 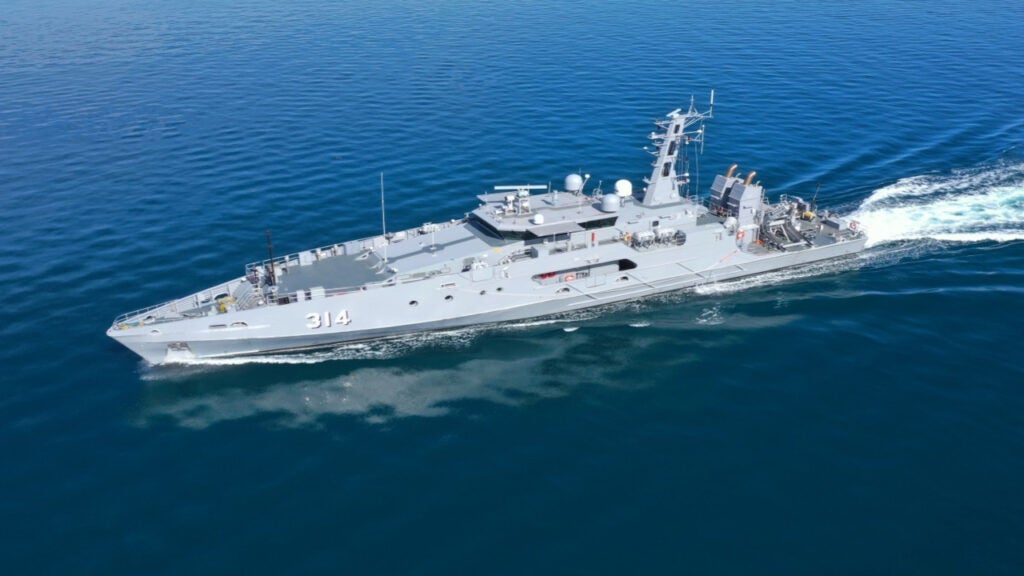