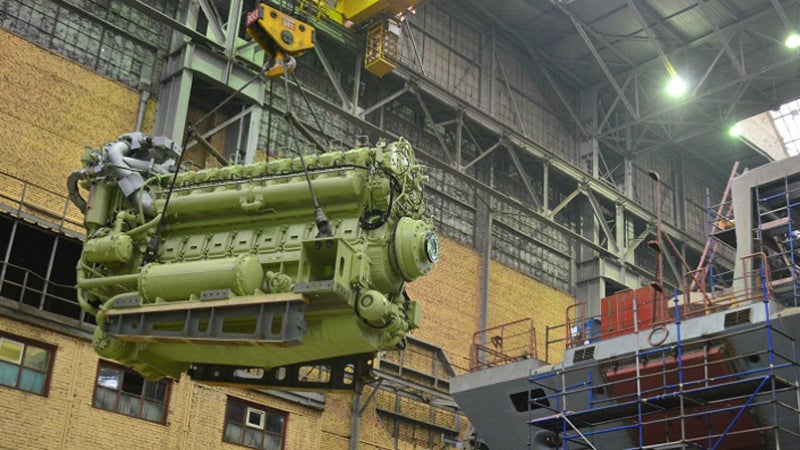 The ships are designed by Almaz Central Marine Design Bureau based on the Steregushchy-class, in order to replace the ageing fleet of the Russian Navy.

JSC Severnaya Verf, a ship-building company based in Saint Petersburg, Russia, was contracted by the Ministry of Defence of the Russian Federation to construct the Gremyashchy-class ships.

Construction on the Project 20385-class began in May 2011. Keel for the lead corvette in the class, named Gremyashchy, was laid in February 2012 and the installation of main engines was completed in May 2016. The ship is expected to be launched in May 2017.

Construction on Provorny (Agile), the second ship in class, was started in April 2013. The vessel is intended for the Russian Navy’s Baltic Fleet.

The corvette’s hull is built using steel, while its superstructure is made of composite materials. The vessel is designed to have low radar, acoustic, magnetic, visual, and infrared signatures.

The length and widths of the vessel are 104m and 13m respectively and the draught is approximately 8m. With a displacement of 2,200t, the corvette can carry up to 99 crew members and a number of mission modules.

The ship is operated from an enclosed bridge located amidships. A variety of radar systems are installed in the vessel to detect and localise enemy ships, submarines, aircraft, and shore-based targets.

The Gremyashchy-class is provided with a flight deck at the aft to provide take-off/landing for a single anti-submarine warfare (ASW) helicopter of type Kamov Ka-27PL/Ka-27PS Helix. The helicopter is stored in a large hangar fitted at the aft.

A 100mm А190-01 lightweight multi-purpose naval artillery gun is mounted in the bow to engage enemy surface ships, coastal and air targets. With a rate of fire of 80rpm, the weapon can travel to a distance of 20km.

An eight-cell UKSK vertical launch system is installed to deploy Caliber-NK long-range cruise missiles for protection against surface and shore-based targets at ranges up to 300km.

The corvette is armed with two 30mm AK-630M close-in weapons systems for defence against enemy aircraft. A 16-cell launcher is provided for Redoubt anti-aircraft missile complex, which uses a number of 9K96 surface-to-air missiles to defend air targets.

The onboard Paket anti-submarine system provides self-defence for the vessel against enemy submarines and torpedoes.

The vessel is further fitted with two five-blade fixed-pitch propellers driven by the diesel engines through two shafts.

The Gremyashchy-class corvettes have a speed of 27kt and a cruising range of 3,500mi. They are capable of performing missions for up to 15 days.

Thales is a global technology leader for the aerospace, space,...