Two Echo Class survey ships, Echo and Enterprise, were ordered by the UK Ministry of Defence (MoD) under a logistics support contractor scheme. As per the agreement, Vosper Thornycroft is to provide maintenance services for both the ships throughout their intended 25-year service life.

The Royal Navy has a rich heritage of hydrography and marine surveying that stretches back to the 17th century.

HMS Echo was deployed in the Persian Gulf during 2004-2005. The ship returned to the UK from an 18-month Far East deployment in September 2009. Following the completion of six months of extensive maintenance work, the vessel returned to sea in March 2010. The vessel left for an 18-month deployment, from June 2013, to update charts of the Mediterranean, Red Sea and Indian Ocean but was redeployed in the search operation for the Malaysia Airlines Flight 370 which went missing on 8 March 2014.

The maiden overseas deployment of the HMS Enterprise was to the Mediterranean in October 2004. In June 2009, the ship was deployed to conduct survey operations for two years in West Africa and Mediterranean.

The Echo Class survey vessels were designed by STX Marine. Developed to conduct military oceanographic and data-gathering studies, the vessels are equipped with multibeam sonar. Echo is the first Royal Navy ship to be equipped with azimuth thrusters. A joystick controls the azimuth thrusters and the bow thruster through an integrated navigation system. The integrated platform management system (IPMS) controls and monitors major ship systems and machinery.

The Echo Class vessels are equipped with thermographic imaging technology to detect faults in the operational ship systems. The technology uses a sophisticated camera integrated with an infrared focal plane array. Echo Class is also equipped with a Survey Motor Boat (SMB) Pathfinder. 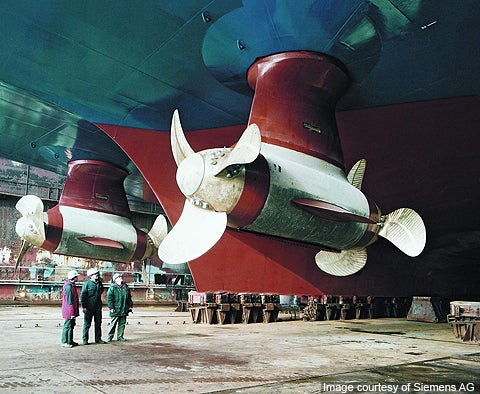 The vessels feature multirole capabilities to collect a range of military hydrographic and oceanographic data, and support mine warfare and amphibious operations. The vessels perform surveys to complement the submarines or amphibious operations. Echo Class vessels can provide real-time environmental information and act as a mine countermeasure tasking authority platform.

“Two Echo Class ships are in service with the Royal Navy: HMS Echo
and HMS Enterprise.”

The ship provides standard accommodation for a total of 72 crew, with 48 on board at any one time. It can also accommodate 81 personnel in emergency conditions. The accommodation and recreational facilities are designed to provide a high degree of comfort. Each cabin can accommodate two crew members but there are two single cabins for the captain and executive officer.

HMS Echo and HMS Enterprise are the first RN ships to boast omnidirectional podded electrical propulsion. The system provides a high degree of manoeuvrability and station keeping capabilities, and improves the efficiency of the vessel.