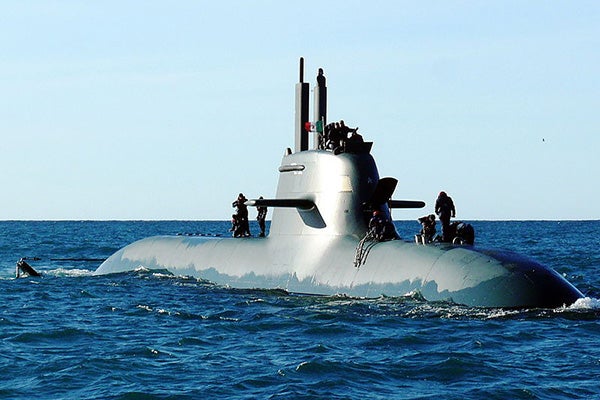 Black Shark is an advanced, long-range, multi-purpose, heavy weight torpedo designed and developed by Whitehead Sistemi Subacquei (WASS) in cooperation with the Italian Navy. The wire-guided heavy weight torpedo, designed for a life of more than 20 years, can be deployed to defend any surface or underwater targets and can be launched from submarines, surface vessels or land stations.

WASS demonstrated the Black Shark torpedo during the Euronaval exhibition in Paris in October 2010. The torpedo was also exhibited during DEFEXPO, a major international exhibition of naval and land defence and security, in New Delhi, India, in March 2012.

The Black Shark torpedo was successfully test fired from the Type U212 submarine Scire in push-out mode in the La Spezia gulf in January 2014. The Scire submarine was commissioned by the Italian navy in February 2007. The torpedo is expected to replace the old A-184 heavyweight torpedo deployed with the Italian Navy’s submarines.

The next-generation, fully stealth Black Shark heavy weight torpedo is designed to operate in deep and coastal waters, and can be launched in push out and swim out modes at any operational depth of a submarine.

The torpedo has a length of 6,300mm and diameter of 533.4mm, and can be integrated with any submarine using compact Torpedo Board Interface (TBI) solutions. It can detect targets at a very long range and is capable of engaging multiple targets simultaneously. It is equipped with the sophisticated Acoustic Counter-Counter-Measures (ACCM) capability.

The torpedo is fitted with STANAG 4439 and MURAT-2 insensitive munition explosive warhead, and can track the targets in both acoustic and wake modes. It can easily interface with the sensors and computing units aboard the ship. It is also compatible with all new torpedo fire control systems.

The Black Shark torpedo is equipped with multiple wake sensors for the detection and classification of targets. The sensor systems incorporate a fully digital beam-forming signal and data processing technique.

“The Black Shark torpedo is equipped with multiple wake sensors for the detection and classification of targets.”

The Black Shark heavy weight torpedo is powered by an electrical propulsion system, which is based on a silver oxide and aluminium (Al-AgO) battery. Developed by Saft, the AgO-Al batteries are provided with high energy density and high electrolyte conductivity offering maximum safety and storage life of up to 12 years. The system delivers twice the power and energy of a standard zinc / silver oxide (Ag-Zn) battery.

US Defence Sector – Market Opportunity and Entry Strategy, Analyses and Forecasts to 2015