The Arafura class offshore patrol vessels (OPV) are being built for the Royal Australian Navy (RAN).

The new OPVs are intended to replace the existing Armidale class and Cape class patrol boats, Huon class coastal minehunters, and Leeuwin class survey ships in service with the RAN.

The OPVs in the class will be able to perform maritime patrol, response duties, and constabulary missions. The vessels can be customised to perform mine hunting, hydrographic survey, fisheries patrol, disaster relief, and unmanned aerial system (UAS) missions.

The Arafura class vessels will be interoperable with the fleet of Australian Border Force, Australian Defence Force units, and other regional partners to perform a range of missions.

German shipbuilder Lürssen, through its Australian subsidiary Luerssen Australia, was chosen as the prime contractor by the RAN for design and construction of 12 OPVs in 2017.

“The first vessel of the class is expected to be delivered to the Australian Navy in 2021 for service entry in 2023.”

The first two OPVs are under construction at ASC’s Osborne shipyard in South Australia and remaining ten ships will be built in Henderson, Western Australia, by Australian Maritime Shipbuilding and Export Group (AMSEG), a joint venture between Luerssen Australia and Australia-based shipbuilder Civmec.

OPV3, HMAS Pilbara, was laid down in September 2020. The names of the following three ships were also announced during the keel-laying ceremony of HMAS Eyre.

The design of the Arafura class OPVs is based on the Lürssen OPV80 platform. The compact design of the OPV offers enhanced seakeeping characteristics and optimal performance.

The OPVs will have a length of 80m, a beam of 13m, and a draught of 4m. The displacement of the vessels will be 1,640t. The ships will be manned by a crew of 40 members and will offer accommodation for more than 60 passengers.

Armament and navigation features of the OPV

The Arafura class OPV will be primarily armed with a 40mm large cannon mounted on the forward bow deck to protect the ship from onshore attacks. It will also feature dedicated mounts, which can be armed with .50 calibre machine guns.

The firepower of the vessel can be further improved by the advanced 9LV combat management system designed by SAAB Australia. The control system will be complemented by the on-board electronic warfare system.

The navigation bridge integrates all the communication, navigation, and sensor systems. The navigation requirements of the vessel will be addressed by next-generation 2D radar and electro-optical sensors.

Propulsion and performance of Arafura class

The Arafura class vessels will be equipped with two diesel engines with a maximum-rated power production capacity of 8,500kW each.

The power plant will enable the vessels to sail at a maximum speed of 20k and achieve a maximum range of 4,000nm. 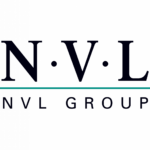 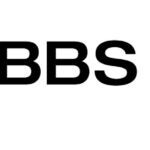