The US Marine Corps (USMC) has tested a new Mk22 Mod 0 advanced sniper rifle that is slated to replace the legacy M40A6 and Mk13 Mod 7 systems.

The weapon can be customised according to the mission requirements, including switching barrels and ammunition calibres.

Once equipped, the new rifle will reduce the USMC’s sniper rifle inventory from four to three. 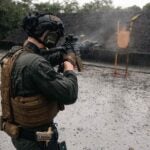 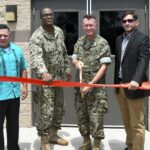 Instructors from three Marine Scout Sniper schools and MARSOC were invited by MCSC to test the new rifle and associated accessories including optics, suppressors and tripods.

The integration assessment was held at Marine Corps Base Quantico.

During the assessment, the participants collected data using chronographs and kept logs of how the rifle handled with each barrel and calibre of ammunition. Chronograph is a tool to measure the round’s velocity as it leaves the barrel.

All the collected data will be used for making necessary changes before the initial fielding of the rifle system, expected to take place in fiscal year (FY) 2023. Additional firing tests will continue throughout the year.

The Mk22 has a greater range and will also provide Marine Corps sniper community with a reduced logistical footprint.

MCSC liaison and Scout Sniper Instructor School marksmanship instructor sergeant Christopher Frazier said: “It’s definitely more efficient. Rather than putting one gun away and getting the next gun out, we can quickly change barrels, and then we only have to carry ammunition and that extra barrel, not an entire extra gun and extra magazines.”