The live-fire test was carried out at the White Sands Missile Range in New Mexico on 30 June.

During the test, each launch was tracked immediately by the G/ATOR, which then passed the tracks through the CAC2S to the Iron Dome components. 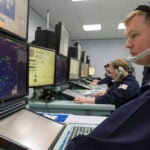 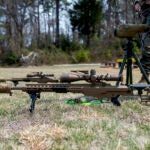 According to the USMC, MRIC prototype was successful in striking numerous in-air targets, each having different velocity and trajectory, using the Tamir missile.

This demonstration assessed the new capability and validated its primary subsystems’ integrations.

According to Kelley, the programme office is planning to conduct another live-fire test for MRIC system, with increased threat capabilities, later this year.

The final test will further help to decide which USMC unit will use this system and the necessary training required to operate the capability or not.

“We look forward to further partnerships with the US Armed Forces on Air and Missile Defence.”

Earlier in May, Rafale and Raytheon conducted a live-fire test for the MRIC prototype.