The US Government Accountability Office (GAO) has found that the $21bn set aside for maintenance of naval Shipyards is not enough to complete the required works.

The GAO said that the US Navy’s repair plans have likely underestimated costs by “billions of dollars” and miss vital considerations like inflation, utility upgrades, and environmental considerations.

The Shipyard Infrastructure Optimization Plan set aside billions of dollars to maintain US government-owned shipyards that are vital to keeping the countries’ aircraft carriers and nuclear submarines at sea.

The navy devised the repair plans after the GAO in 2017 found that several US shipyards “were in poor condition and not meeting the Navy’s needs.” The earlier GAO report found that the backlog for maintenance of naval shipyards had reached £4.8bn and that there was no plan in place to monitor infrastructure investments in the navy. 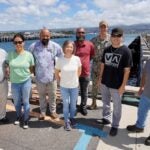 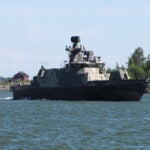 The $21bn Shipyard Infrastructure Optimization Plan commits the US Navy to the construction of dry-dock improvements and upgrades worth $4bn, “targeted capital equipment improvements to increase equipment efficiency and depot maintenance throughput” worth $3bn, and improvements to facility layouts and workflow changes at $14bn.

In 2018 the US Navy established a programme office to manage the maintenance programmes across the US’s four publicly owned shipyards, however, the office has yet to formally define the roles of its officials, something the GAO says “risks an ineffective implementation of its [US Navy’s] plan.”

Currently, the Shipyard Infrastructure Optimization Plan is in a development phase, setting out plans for each area and outlining the recourses needed to achieve new shipyard designs. In 2022 the US Navy then plans to create a list of prioritised projects to direct investment. The required works are estimated to take 20 years to complete.

The GAO made several recommendations to the navy including that the Secretary of the Navy includes all costs in future estimates, follow GAO guidelines on cost estimates, obtain an independent cost estimate, and establish clear roles in the leadership of the programme.

The GAO report said: “Without high-quality estimates, agencies are at risk of experiencing cost overruns, missed deadlines, and performance shortfalls.”

The report added that the US Department of Defence (DoD) agreed with the GAO’s recommendations.