The US Department of Defense (DoD) and Australian DoD have signed a Next Generation Jammer Low Band (NGJ-LB) Project Arrangement (PA) to increase their joint capabilities.

The NGJ cooperative partnership will ensure commonality on future jamming Growler variants and will benefit the countries’ by sharing costs and risks.

As a part of a larger NGJ system, NGJ-LB uses advanced digital and software-based technologies.

It will expand and replace the legacy ALQ-99 Tactical Jamming System (TJS), which is used on the EA-18G Growler aircraft. 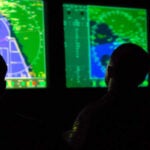 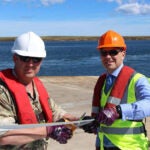 NGJ-LB will help in tackling threats in the lower frequency bands of the electromagnetic spectrum.

US Navy AEA Systems and NGJ programme manager captain Michael Orr said: “This expanded partnership with Australia to develop the newest AEA jamming capability shows the level of commitment of both countries to ensure continued superiority of the electromagnetic spectrum.

“The NGJ-LB PA allows for joint sharing of the best technologies in the world, furthering the AEA capabilities of both the US Navy and the Royal Australian Air Force (RAAF).

“Having a cooperative sustainment strategy will increase military effectiveness at home and abroad, strengthen technology capabilities, and reduce a duplication of effort across nations.”

The NGJ-LB programme is currently in the analysis phase, executing two Demonstration of Existing Technologies contracts with L3Harris and Northrop Grumman.

The programme is expected to move to the next phase of acquisition once the Capability Block 1 contract is awarded. It is expected later this year.

Under the Engineering and Manufacturing Development stage, the programme will commence developmental flight testing on the EA-18G Growler.

A low-rate initial production contract award will follow the completion of the Milestone C.

In May this year, the two countries signed an agreement to enter production, sustainment and follow-on development of the AN/ALQ-249 NGJ Mid-Band and follow-on variants.