UK’s Defence Infrastructure Organisation (DIO) has announced a £64m ($81m) investment for the redevelopment of the Northern Ammunition Jetty in Glen Mallan.

Once refurbished, the jetty will support the Royal Navy’s surface fleet to load and unload ammunition.

Last upgraded in 1970, the original jetty has reached the end of its service life. The upgrade will allow its usage for existing Royal Navy vessels and new aircraft carriers.

Contractor VolkerStevin will perform the construction work. The infrastructure works are expected to provide a design life of up to 50 years. 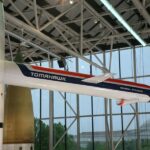 The original jetty has already been demolished and is ready for replacement. Waste from the demolition has been transported to recycling facilities to minimise disruption.

DIO project manager Craig Macdonald said: “The demolition of the existing jetty is an important step in preparing the site for vital infrastructure works to support the Royal Navy’s surface fleet in loading and unloading ammunition.

“Glen Mallan benefits from supplies of ammunition from Defence Munitions Glen Douglas, the largest weapons storage facility in western Europe, and can handle the high volume of ammunition needed for the surface fleets.

“Infrastructure works are progressing as planned and we look forward to continuing to work in collaboration with VolkerStevin, Jacobs, local contractors, and other partners to complete this crucial project.”

Work under the project includes the installation of five mooring dolphins, connected to the jetty by a pedestrian access bridge. Two of the piles have been installed.

The new jetty’s concrete deck has been reinforced by fitting 97 jetty head piles into the seabed.

Two modular fender spacer units in front of the new fender panel will avoid the colliding of aircraft carriers’ overhanging flight decks with the jetty.

The site will also receive new fencing and a CCTV system.

Under the project, 14 mooring points will be deployed on the dolphins for aircraft carriers’ safety.

The project is expected to conclude in 2021.