Thales has announced the successful testing of a Franco-British Maritime Mine Counter Measures (MMCM) prototype in operational configuration.

The MMCM programme was launched in 2010 with the aim of developing a prototype autonomous system for the detection and neutralisation of sea mines and underwater improvised explosive devices (UWIEDs).

Development of the unmanned mine countermeasures system-of-systems was carried out under a contract awarded in 2015 to Thales in collaboration with BAE Systems and their partners in France and the UK.

The MMCM prototype conducted the one-week minehunting mission off the coast of Brest. 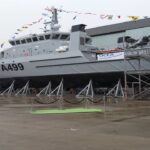 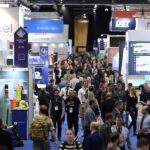 Thales VP Underwater activities Alexis Morel said: “With this latest milestone, the MMCM programme has delivered the only operational system-of-systems of its kind in the world.

“This pioneering mission further consolidates Thales’s world leadership in both conventional mine countermeasures and the new generation of solutions based on a combination of autonomous and remotely operated systems.

“This uniquely complex programme brings major innovations in the service of the safety of the seas, seafarers and citizens.”

During the maiden mission, the prototype used all the subsystems to finish four operational scenarios.

The third and fourth scenarios saw two unmanned underwater vehicles (UUV) equipped with the SAMDIS sonar and the robotic mine neutralisation system.

In all these scenarios, the mission saw the positive detection of threats and the completion of the robotic neutralisation procedure of mines as intended.

“Their achievement marks important progress towards achieving the start of the production phase, and we look forward to seeing the full operational capability demonstrated in Autumn this year.”