Teledyne Brown Engineering has won a contract from the US Navy for the littoral battlespace sensing-glider (LBS-G) programme.

The latest indefinite-quantity/indefinite-delivery (IDIQ) contract for autonomous underwater vehicles (AUVs) has a maximum base value of $27.4m.

The contract comes with five one-year option periods, which, if exercised, will have a ceiling value of $39.2m. 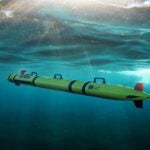 The AUVs feature different types of oceanographic sensors that help various missions, such as antisubmarine, mine countermeasures and other naval warfare related fields.

Under an earlier contract awarded by the US Navy in 2009, Teledyne delivered 203 gliders to the service.

“We look forward to supporting the navy and assisting with its awareness and understanding of the ocean’s conditions.”