A swarm of unmanned aerial system (UAS) is a disruptive technology whose high communication and co-ordination ability could advance several commercial and military functions but pose a global security risk at the same time.

In a poll Verdict has conducted to assess whether swarm technology is the primary driver for the development of counter-UAS (C-UAS), more than half of the respondents (52%) opined that it is, while 17% opined otherwise.

The remaining 32% did not know whether swarm technology is the primary driver for the development of C-UAS. 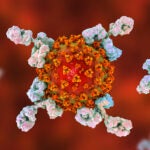 The analysis is based on 246 responses received from the readers of Verdict’s defence sites Airforce Technology, Army Technology and Naval Technology, between 01 March 2021 and 29 March 2021.

The UAS technology can be utilised for security, survey or monitoring purposes and are conventionally deployed by the military for surveillance missions. A swarm of UAS expands a mission capability with minimal human intervention.

The swarm technology is being projected as revolutionary robotic warfare and could be misused by terrorists. The Houthi rebel group based in Yemen, for example, attacked a Saudi Aramco oil facility in neighbouring Saudi Arabia using a swarm of explosive drones twice, causing damage to the facility and affecting the production. The UAS technology can threaten security even in safe cities across the world.

The US defence forces are also working to integrate the systems into their platforms and weapon arsenals to counter UAS threats.