The technology provides advantages such as reducing the crew required and enabling faster decision making.

Verdict has conducted a poll to assess the time it would take for AI to be integrated significantly into naval vessels. Analysis of the poll results shows that a majority 75% of the respondents expect the significant integration of AI to take not more than ten years. While 43% expect it to take less than five years, 32% anticipate it to happen over ten years or lesser.

A lesser 25% of the respondents expect the integration to take a longer time of more than ten years.

Artificial intelligence (AI) is a rapidly evolving technology that has significant implications for a range of sectors including defence. 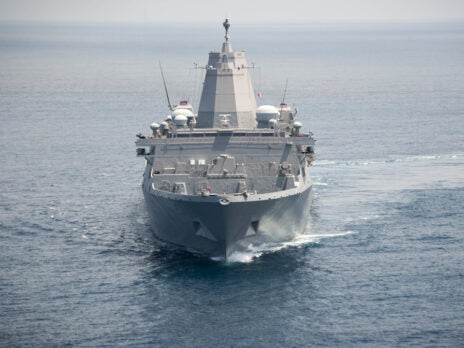 The analysis is based on 280 responses received from the readers of Airforce Technology, Army Technology, and Naval Technology, Verdict’s defence sites, between 17 May and 02 June 2021.

The world’s leading navies are increasingly deploying AI to enable warships to process data and provide enhanced situational awareness to the crew. The US Department of Defence (Dod ), for example, has highlighted that AI can provide military and economic advantages especially in view of rapidly rising threats from China, which has made significant advancements in AI aided by strong government support.

Although the application of AI in navy is still in the nascent stage, studies and programmes are underway to test the capabilities of the technology. The US Naval Surface Warfare Center, for example, is developing SWARM-Tac, which provides naval ships with situation awareness including the number of weapons onboard and the number of attackers. It provides data on the probability of success of a chosen solution on how to evade an enemy or destroy swarm of enemy boats. An at-sea test onboard a naval ship delivered significant results.

Further, the US DoD recently awarded a $44m contract to Austal USA to design and develop autonomous capability for the USNS Apalachicola expeditionary fast transport vessel. The UK Royal Navy is also exploring AI for naval ships under its Defence Science Technology Laboratory ’s (Dstl) Intelligent Ship project. The navy tested the Startle and Sycoiea AI applications for the first time at sea onboard the HMS Dragon destroyer and HMS Lancaster Frigate against a supersonic missile threat. The applications were developed as part of the Above Water Systems programme led by researchers of Dstl.

The Naval Vessels and Surface Combatants Market in the United States to 2024: Market Brief